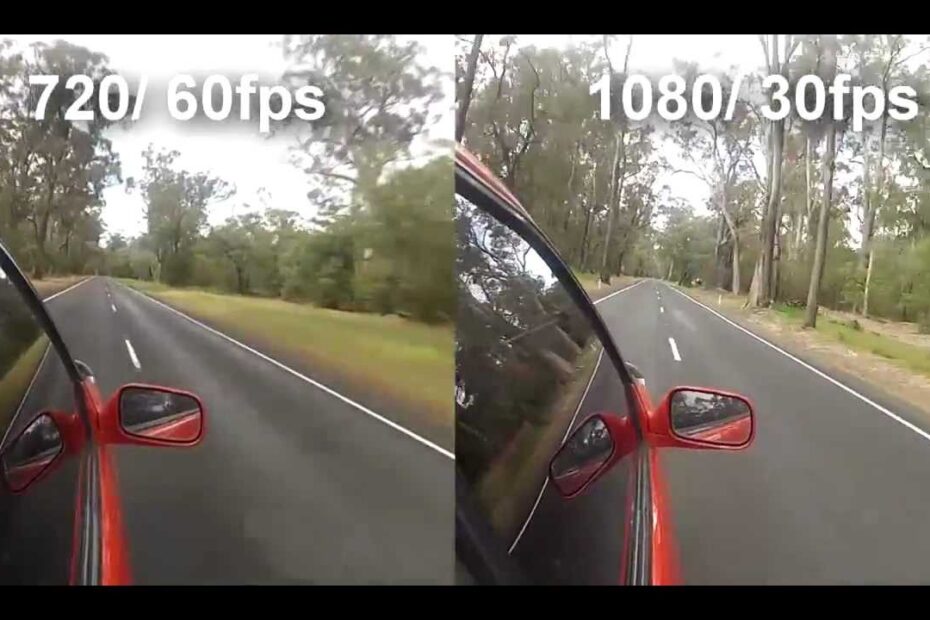 Difference between 30fps vs 60fps

If you’re wondering how 30 frames per second can be regarded as acceptable here, the answer is that 15 fps was the standard a decade ago. In spite of this, it is acceptable for use if you need to capture information on a limited budget or for less important projects.

The debate over whether or not to use a frame rate of 30 or 60 frames per second has been going on for years, and it can be seen everywhere: in gaming, content videos, vlogging, and so on.

After looking at a variety of recording options, I feel confident enough to put an end to the debate around “30 frames per second video recording.”

It is absolutely necessary to have a solid understanding of frame rates in order to operate and shoot efficiently. A high frame rate is recommended for use with shot motions. On the other hand, a high frame rate is not necessarily the optimal choice in all circumstances.

Without further ado, let’s get this party started.

Let’s get a handle on the meaning of frame rates before we delve any further into the debate between 30 and 60 frames per second.

On the other hand, the “Frame Per Second” or “fps” refers to the number of still image frames that are included in a video that is played once every second. For example, a video with a frame rate of 60 frames per second will have 60 individual still images for each second. The same is true for both 30 and 120 frames per second. They include 30 frames, or 120 frames in the case where the frame rate is 120 fps.

In other words, the greater the number, the more fun it will be. When there are a greater number of frames per second, the video appears to be of higher quality and has a more fluid motion.

Which frame rate should I use for the best results?

You want something that can play and execute at least 300 frames per second if you are going to be playing first-person shooter games such as CS: GO.

Oh no, this is not the right subject, I’m sorry, I completely forgot that we were going to discuss about making videos.

In any case, with regard to the process of video recording, there is no such thing as “the appropriate frame rate.” It all comes down, in the end, to the specifics of your circumstance and the subject you are shooting.

The following is a quick rundown of the frame rates that are the most common in use today:

Recording in 15 Frames Per Second

Regarding this particular matter, I am going to be forthright and bold, and that is that you should avoid it.

Unless you are shooting time-lapses, recording at 15 frames per second won’t add any value to the footage you create.

Recording in 24 Frames Per Second

If you are going to record a movie, then you should use a frame rate of 24 frames per second.

It is sometimes referred to as the cinematic frame rate, and it is highly liked by filmmakers everywhere.

See also  Why do Pictures make me look fat?

Filmmakers are able to capture fluid action without having to pay the high costs associated with film material when they work with 24 frames per second. The film reel or the storage space will become more expensive proportionately to the number of frames per second.

At the moment, the norm for the business is 24 frames per second, and any movie that is going to be released anywhere in the globe needs to be able to accommodate that frame rate.

Recording in 30 Frames Per Second

Because the additional detail that can be captured by the format for cinematic purposes at 30 frames per second can make movie sequences appear more artificial, this format is not the standard.

However, it has historically been utilized in the production of television broadcasts and shows, and this practice continues today. It is also important to bring up the frame rate that is considered the norm for consoles. This means that the maximum frame rate for consoles is 30 frames per second.

Recording in 60 Frames Per Second

As long as we’re discussing video games, I just want to say that I absolutely adore playing games at a frame rate of sixty frames per second.

60 fps It is used in content with a lot of fast-paced action, such as live sports when having blurry content would be unacceptable.

The only drawback is that the file sizes are really large. Videos recorded at 60 frames per second consume a lot of space. I strongly suggest that you read our post on the finest external solid-state drives (SSDs) for photographers in order to correctly and securely preserve your movies.

What’s the difference between 30 and 60 fps?

We have come to the conclusion that the adage “the more, the merrier” is not always accurate.

I feel as though we were given a taste of the distinctions between 30 and 60 frames per second earlier, but I’d want to elaborate on them once more.

In conclusion, I do not believe that frame rate will be a significant element when it comes to documenting memories such as weddings, parties, and other events.

In this particular instance, what matters most are the memories that are preserved. Before it is captured in our minds as a memory, a moment’s worth to us cannot be fully appreciated.

To put it another way, a recording is like having a return ticket to a time that has already passed.