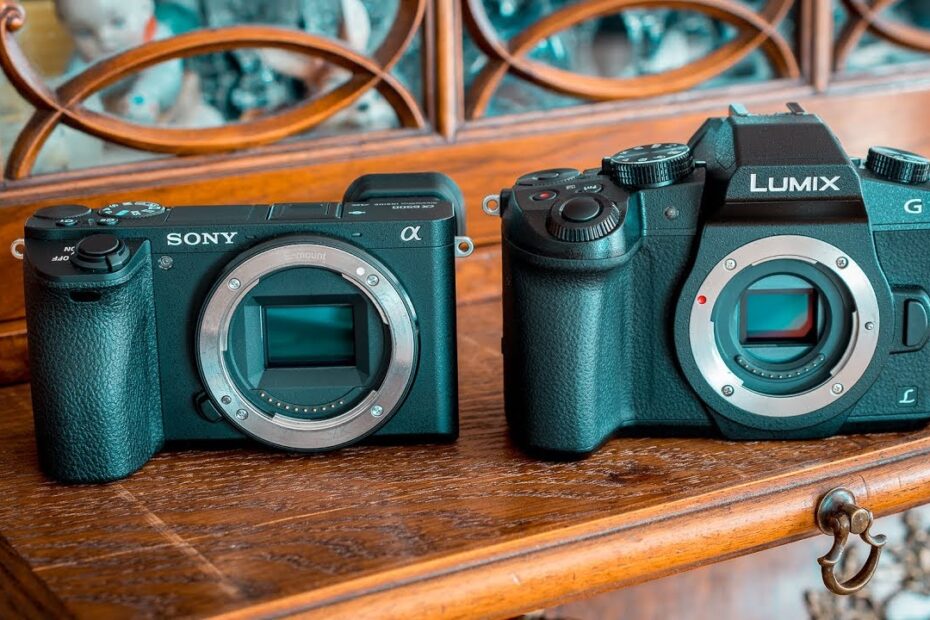 It is necessary to have an understanding of the inner workings of digital cameras in order to determine which of these two sensors is superior to the other. The capture of light by a digital camera is accomplished with the assistance of an image sensor, which subsequently transforms the captured light into data that is used to construct an image. When it comes to photography, having a wide range of options is essential. When it comes to photography, there are numerous sub-genres, each of which utilizes a certain variety of cameras and sensors.

Let’s begin with the APS-C sensor format because it is one of the most common ones. In digital photography, an image sensor format is known as Advanced Photo System type-C (APS-C) is typically utilized. APS sensors can be purchased in a number of different formats, including high-definition (APS-H), panoramic (APS-P), and standard (APS) (APS-C). The manner in which these sensors crop the images that they record has an effect on the kinds of photographs that these sensors create.

Additionally, the size of an APS-C image might range. APS-C sensors are available in a variety of sizes, each of which corresponds to a specific camera model. For instance, when it comes to their APS-C DSLRs, Canon utilizes a sensor that is ever-so-slightly smaller than those utilized by Nikon, Pentax, and Fuji.

I am aware that full-frame sensors are not the focus of this article; however, in order to provide the most accurate comparison possible, it is necessary to discuss them as well. As a result, the disparity between APS-C and micro-four-thirds sensors is somewhat smaller than that which exists between full-frame and APS-C sensors. There is a discernible and substantial gap in sensor size between the two cameras.

In general, Micro 4/3 cameras take advantage of lenses that are smaller than those used by APS-C cameras. This is not only because of the specific architecture of the lens mount but also because with Micro 4/3 and the appropriate adapter, it is possible to use many brands of lenses other than the standard Olympus and Panasonic lenses. APS-C cameras are limited to using lenses that are the same size as the image sensor.

Nonetheless, with APS-C cameras, your options will be more restricted; however, you will still be able to use lenses that are not part of the camera’s native system.

Image quality is the one thing that every photographer strives to achieve above all else. If, in the end, you get an image that is of low quality, then all of your hard work will have been for nothing.

Nevertheless, the quality of the image is not only dependent on the dimensions of the component. Additionally, depth of field is a significant factor in the overall quality of the image. Many people are under the impression that a larger sensor does not have an effect on the depth of field, but in order to achieve the same field of view with a sensor that is smaller, you will need to either take a shorter focal length or move backward. You also have the option of doing both of these things.

Depth of field – When it comes to depth of field, APS-C sensors are the undisputed champions. I mean the distance between the most distant and most nearby in-focus objects in a picture. Because it is easier to fill the frame with a subject from a great distance when you have an APS-C sensor, these sensors are widely used by photographers whose passion is to capture sporting events or wildlife, which the photographer normally might not be able to approach from the first row of the venue.

Aspect ratio – The 3:2 ratio is considered to be the industry standard for cameras. An image sensor, such as an APS-C image sensor, has a feature known as the aspect ratio that allows it to produce images with a specific proportion of width to height. Due to the fact that the APS-S sensor has the same aspect ratio as the traditional sensor, it is able to take photos that have a smaller overall area and a more restricted field of view.

Weight – As we have discussed countless times, weight is an important consideration in photography. Micro 4/3 cameras and lenses are noticeably less in weight compared to full-frame devices that are functionally equal.

Cost – The Micro4/3 is a great option for folks on a tight budget because it is a lot less expensive than other devices that have characteristics that are comparable to theirs.

Because each of these sensors has a unique set of quirks and nuances, you will need to exercise extreme caution when selecting them. This is because there is no question that your work and the path that your creativity takes will be impacted in some way. No matter whatever sensor you go with, you won’t be making a mistake, but if you have a clear idea of what it is you’re hoping to achieve, you’ll have a much easier time deciding which one to buy.