With the Panasonic Lumix G100 Mirrorless Camera, you can capture ordinary life with simplicity and quality. The G100’s bigger 20.3MP Micro Four Thirds sensor and bundled 12-32mm lens will capture beautiful pictures and detailed 4K video of your personal moments, leaps and miles beyond the usual smartphone. All of this comes in a lightweight and compact package that warrants a position in your everyday bag. Furthermore, smartphone connectivity makes it simple to copy, edit, and share your photographs with friends and family.

Stills are good with the G100, but the video features some extra tech that can improve your records. The camera is light enough to shoot with one hand, and the 3.0″ touchscreen is a complete vari-angle design that folds out for selfies. Then, OZO Audio guarantees that the sound is clear by using automated tracking to record your major subjects. As a result, it is also an excellent choice for general content makers and vloggers.

We have tested and reviewed the latest flashes, and below are the top-rated ones for Panasonic Lumix G100: 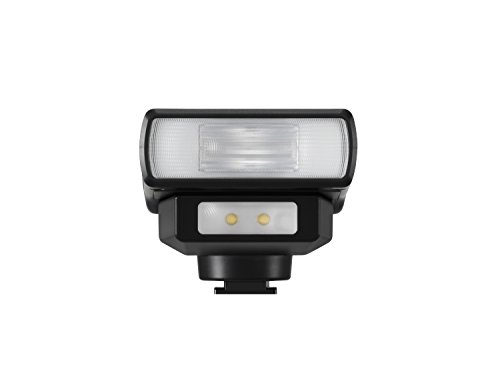 Check Price
To illuminate still images, the Panasonic LUMIX DMW-FL360L External Flash, which is compatible with TTL, has an effective guide number of 118 feet when used in conjunction with a focal length of 42 millimeters and ISO 100. Additionally, it has an LED light with a 100 lux output when used at 3.3 feet. When used with Micro Four Thirds cameras, the zoom head has a focal length range of 12-42 millimeters, however, it may be reduced to 8 millimeters using the built-in panel. In addition, the flash head may tilt anywhere from -7 degrees to 90 degrees and spin left and right 180 degrees to provide total coverage of the bounce. A wireless master and slave TTL functionality is also included as an added feature. This allows the device to work either as a remote control or as a slave in one of the 4 channels and 3 groups.

The Godox V1 Flash is a cutting-edge light source that is designed to stand out from the competition thanks to its impressive 76Ws of output and its unique appearance. Its characteristics are a clear reflection of the status of the business as it stands right now. This versatile on-camera light is compatible with Olympus and Panasonic TTL. It is differentiated by its spherical head, which gives soft, smooth light with moderate fall-off that augments the pleasing output. The head is capable of rotating 330 degrees, tilting between -7 and 120 degrees, and includes a magnetic surface that enables lightning-fast attachment of the additional light modifiers that are offered by Godox.

The Godox TT350O Mini Thinklite TTL Flash is a fantastic everyday companion for your camera since it provides complete support for Panasonic TTL, including high-speed sync, and an integrated 2.4GHz wireless system. Its compact size also makes it an ideal choice for travel. The TT350O is suitable for both on-camera and off-camera work because of its lightweight construction and guide number of 118 feet when measured at ISO 100 and 105 millimeters. In addition to functioning as a radio TTL master/slave device, users have the option of employing it in the role of an optical slave. It can tilt from -7 degrees to 90 degrees and rotate 270 degrees, making it a versatile piece of equipment.

Using the Lumix DMW-FL200L External Flash from Panasonic, you can shed a bit extra light on dim settings and environments. This small flash is entirely compatible with Panasonic’s TTL technology and delivers coverage for lenses up to 12 millimeters in focal length. It was designed specifically for the mirrorless cameras in their Micro Four Thirds line. The flash includes a wide-angle screen that will stretch coverage to ultra-wide 7mm lenses, and it has a guide number that is impressive at 66 feet at ISO 100 considering its size. Your films may be illuminated by an LED light with a manually regulated output of up to 200 lux when it is positioned 3.3 feet away, and the bounce capabilities range from 0 to 90 degrees.