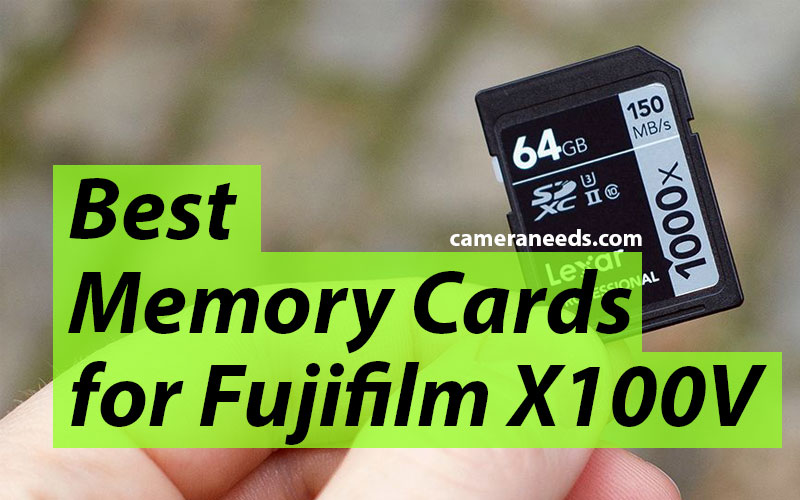 The Fujifilm X100V features a single SD memory card slot that supports UHS-I SD cards. Versatile, volant and viable, the FujiFilm X100V is the fifth-generation of the X100 series, blending impressive imaging capabilities, a definite design with an apt prime fisheye lens, and a versatile feature-set to suit an array of shooting needs. Utilizing a proven and well-regarded 26.1MP APS-C X-Trans BSI CMOS 4 Sensor and therefore the latest X-Processor 4 Image Processor, the FujiFilm X100V is capable of internal DCI/UHD 4K video at up to 30 fps and Full HD video up to 120 fps, sensitivity from ISO 160-12800, and continuous doping up to 11 fps with the mechanical shutter. Additionally, an updated Fujinon 23mm f/2 lens features a revised optical design that now includes two aspherical elements for improved sharpness and clarity through the reduction of spherical aberrations and distortion.

As we mentioned above, the Fujifilm X100V has just one SD card slot that’s limited to UHS-I speeds. meaning you can’t get any extra write speed to enjoy the fast UHS-II cards, but you’ll still cash in of the fast read speeds of UHS-II cards, which enables you to transfer files to your computer quicker. So, so as to urge the simplest out of your camera, here we list the highest recommended SD cards for Fujifilm X100V camera supported the speed and price. Just choose the one you like!