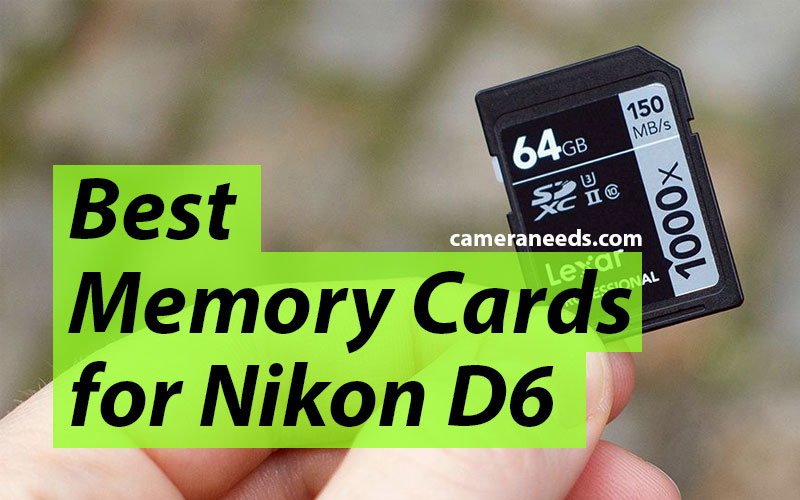 The Nikon D6 flagship DSLR camera has dual memory card slots that are compatible with both CFexpress and XQD cards, allowing you to extend file saving capabilities by permitting overflow recording, in-camera file duplicating, or the ability to segregate raw and JPEG files between the two cards. Featuring a 20.8MP FX-format sensor and an EXPEED 6 image processor, the Nikon D6 supports a top continuous shooting rate of 14 fps for up to 200 consecutive frames, a sensitivity range from ISO 100-102400 permits working in a broad array of lighting conditions, and it is capable of recording UHD 4K video at 30, 25, and 24 fps frame rates. In addition, the Nikon D6 has the most powerful AF performance in its history through significant improvements over its predecessor, the Nikon D5. Building on Nikon’s history of serving professionals, the Nikon D6 is the most customizable Nikon DSLR yet, designed to speed up the workflow of any user during and after capture.

So, in order to get the ultra-high read speeds (transfer speed) and write speeds (fast buffer clearing time) to get the best out of your camera, here we list the top-recommended and fastest CFexpress cards and XQD cards for the Nikon D6 DSLR camera, and we highly suggest you pick up two CFexpress/XQD cards from the list below.