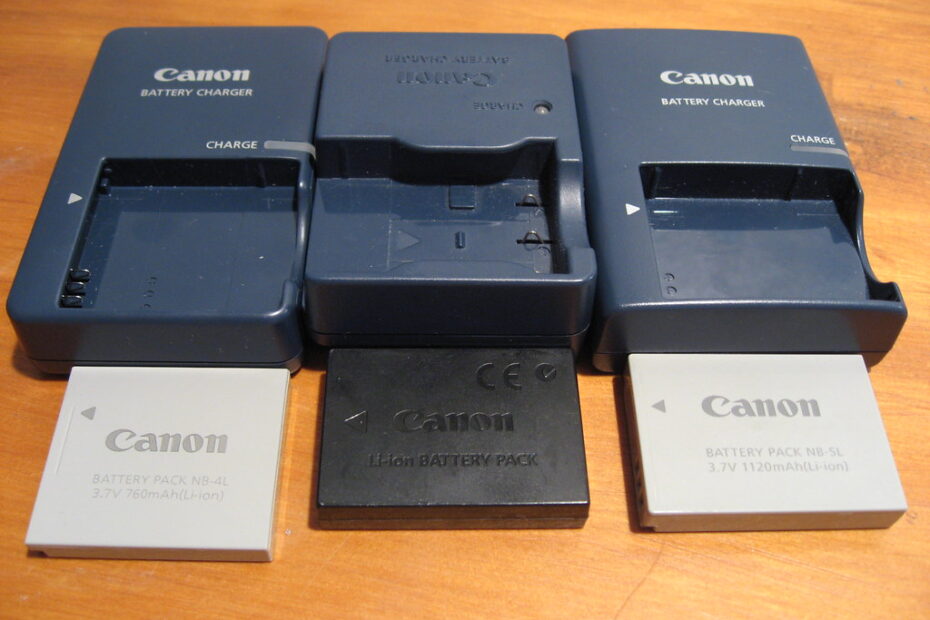 We can’t be thorough because there are so many third-party batteries. Here are a few of the greatest options for well-known camera manufacturers. It’s worth noting that some businesses appear to crop up again and again.

And, if you buy a third-party battery, don’t assume it comes with a guarantee. Some businesses stand behind their products. BM Premium, for example, provides a one-year warranty and a safety guarantee with their products.

The C variant is an improvement over earlier Nikon batteries. Customers noted a capacity difference as compared to the C version. However, many also notice the higher price tag. 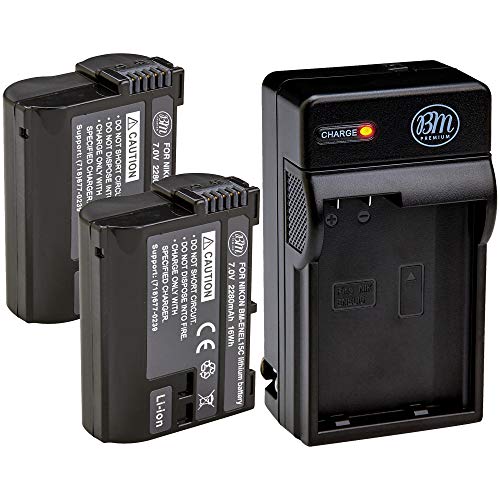 Amazon
BM Premium sells EN-EL15c batteries at half the price of Nikon, and you receive two batteries as well as a twin battery charger. Both the Nikon and BM Premium batteries have a capacity of 2280mAH. On its chargers, the merchant provides a safety assurance and a one-year warranty.

The product is well-liked and highly rated by users. Some users claimed that the batteries faded faster than Nikon’s.

One customer stated that the batteries were causing their camera to shut down. Another individual mentioned a mistake in the video recording. However, most photographers discovered that these batteries performed admirably. 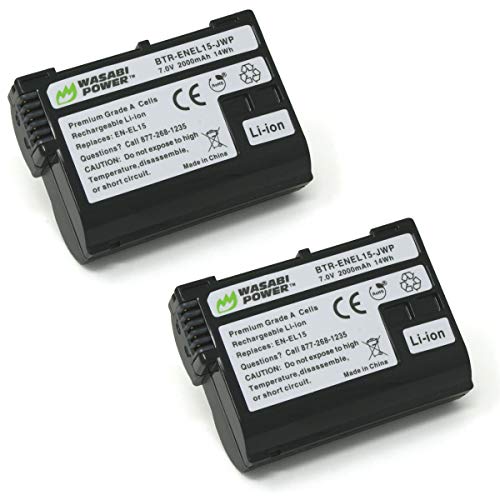 Amazon
Wasabi’s EN-EL15c is even less priced than BM Premium’s. You get two batteries for roughly a third of the price of a Nikon battery.

It’s a touch less powerful, with a capacity of 2000mAh vs the Nikon’s 2280mAh. Wasabi, on the other hand, provides a three-year warranty on this product.

The battery receives favorable feedback from the majority of consumers. However, there are certain concerns. It does not keep a charge as well as the OEM, according to users. Some users noticed issues with their camera’s transmission.

Others who have previously utilized Wasabi goods encountered issues with this device. However, many people believe they are worthwhile.

The LP-E6NH is an improved version of the LP-E6N. It is the source of power for several Canon cameras, including the mirrorless series. It’s also the battery suggested for Canon’s mirrorless R5 and R6 cameras. 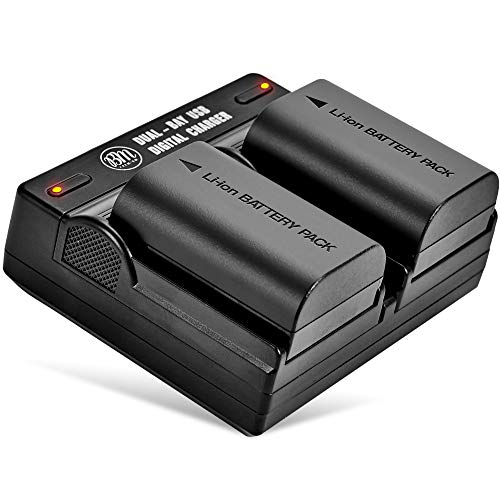 Amazon
The BM Premium version of the LP-E6NH costs around one-third the price of a Canon battery. They are sold in a set of two with a charger. The manufacturer provides a one-year warranty as well as a safety assurance.

In general, many consumers enjoy and recommend the battery on the BM Premium. The majority of customers noted that these batteries performed identically to their Canon counterparts, even shooting at a fast frame rate. 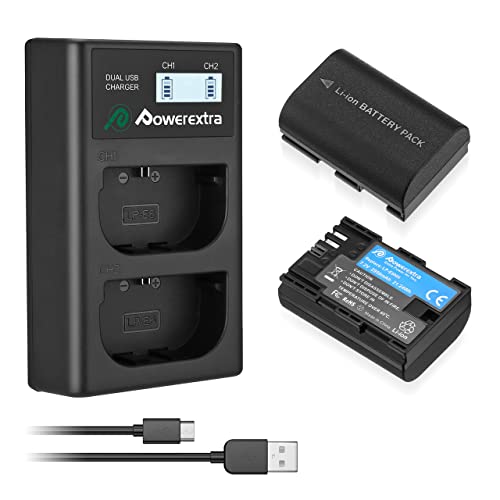 Amazon
Powerextra’s two-pack with charger costs somewhat less than the BM Premium LP-E6NH. These batteries have a larger capacity than Canon cells, which have a capacity of 2950mAh.

According to reviews, the battery drains faster than the Canon. However, critics appear to be pleased, with many giving it a high grade.

This battery is capable of high-speed shooting while remaining cool throughout video recording. You might not be able to identify the difference between a Powerextra and a Canon battery.

Smaller-bodied first- and second-generation cameras, like the A7RII, have a smaller battery. However, this meant that you had to change batteries frequently.

I have a plethora of batteries for my A7II. Some are original equipment manufacturers. Others are aftermarket items. 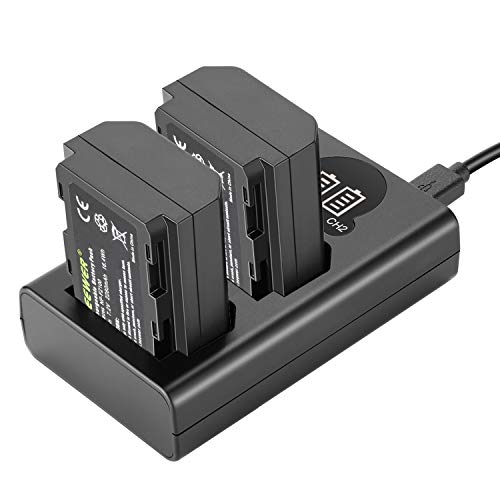 Some reviewers have reported error messages with other brands of batteries, but not with Neewer. It appears to operate well, since many people rate it highly. Customers appear to enjoy the associated charging unit. 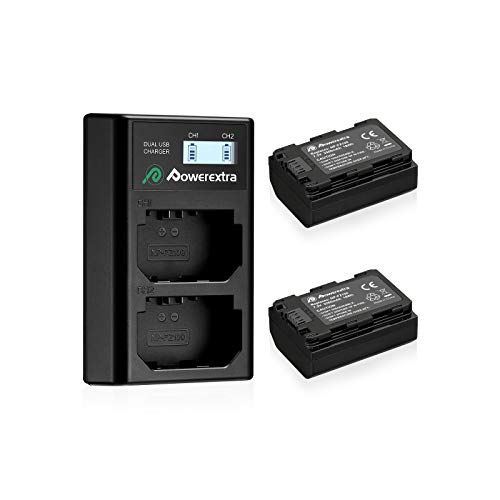 Amazon
You can obtain two Powerextra batteries and a charger for two-thirds the price of a Sony battery. The capacity is 2500mAh, which is greater than the original. The battery has received good marks. It has a lot of positive feedback from users.

However, feedback has been divided. According to some consumers, it lasts as long as the brand name. Others report that it empties more quickly. Overall, the battery appears to function properly, with no camera issues.

The NP-W126S battery is used in the majority of Fujifilm cameras. This battery has a lower capacity than those found in current mirrorless cameras from other manufacturers.

A few extras may be required to get you through a day of filming. But be cautious. Reviewers have raised concerns about the prevalence of counterfeit Fujifilm batteries on the market. 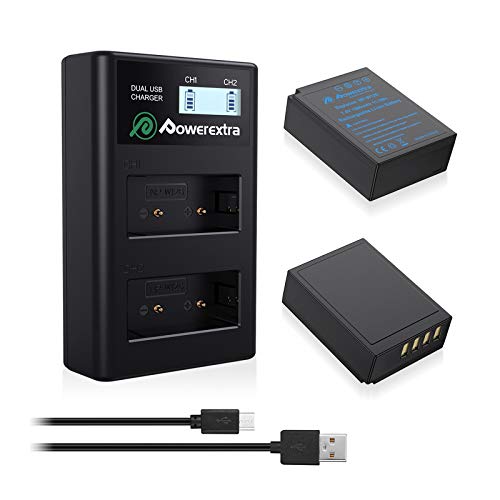 Check Price
Powerextra’s two-pack with charger costs less than half the price of a Fujifilm brand battery. The batteries have a somewhat greater capacity, with a capacity of 1500mAh.

The cameras appear to be incompatible, yet they have the same power as Fujifilm’s. The charging unit is very popular among users. 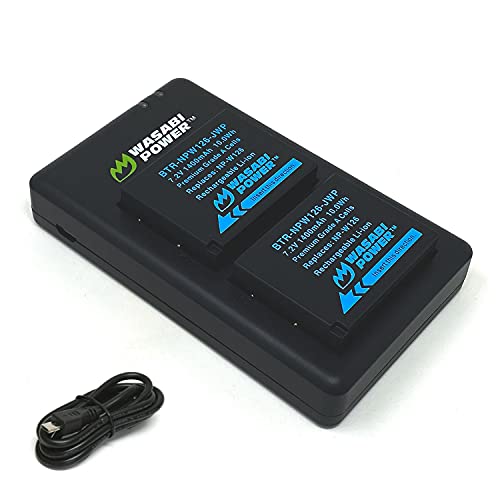 Amazon
Wasabi and Powerextra are both reasonably priced. With a capacity of 1400mAh, the batteries are more powerful.

According to some consumers, they survive as long as the brand name. Others discovered that they drain more quickly. Overall, the battery appears to function properly, with no camera issues.

These are some of the most effective third-party camera batteries available. Finally, photographers are seeking high-quality batteries that will not let them down in the field.

Regardless of the expense, some photographers utilize OEM batteries. They are prepared to pay the additional money to avoid having to think about it.

You can get the greatest third-party batteries for half the price of brand-name batteries if you read reviews and do some research. And they work as well as, if not better than, the originals. It’s worth it to get 80% of the performance for 50% of the price!

previousDSLR vs Mirrorless: Which Camera is Better for You?
nextCanon RF 14-35mm f/4L IS USM Review