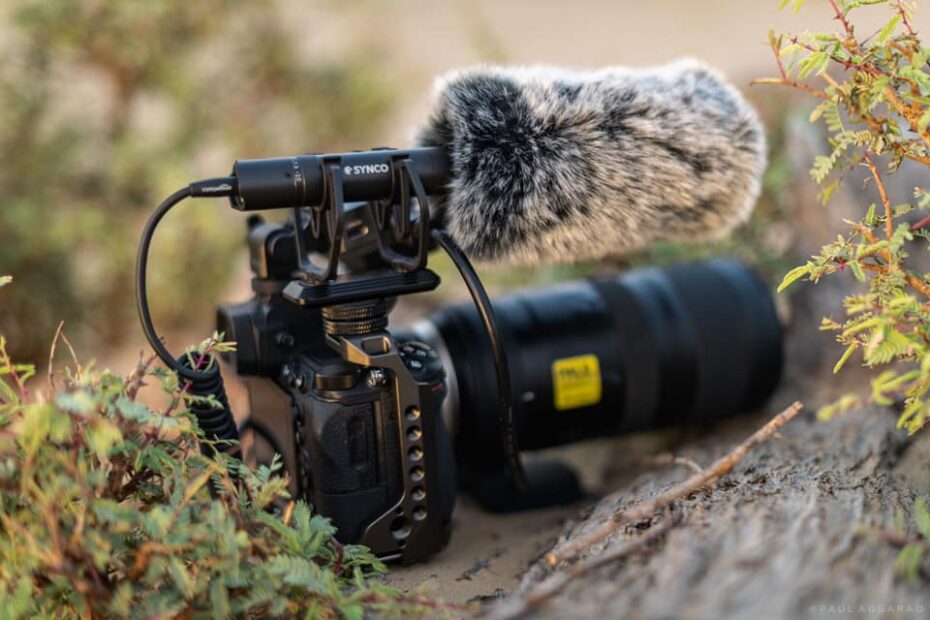 What you need to know before Buying a Shotgun Microphone?

To every cameraman, the shotgun mic is a blessing. They’re small, lightweight, and easy to use with your camera, and they can record good audio while removing any unwanted background noise.

Some of the most popular brands of shotgun microphones have varying approaches to their focus regions. While some manufacturers place an emphasis on sound quality, others are more focused on capturing and amplifying every nuance.

For the first time, buying a shotgun microphone might be a bit of a challenge. It’s easy to become daunted by the sheer number of options available. Moreover, novices may not even know what they want in the first place.

So, in this article, I’ll take you on a detour down the microphone aisle and help you select the best shotgun microphone for your needs. Which shotgun mics are best? I’ll go through the considerations you should keep in mind while making this important purchase.

Shotgun microphones are a distinct group of microphones that may be further divided into a number of subgroups based on a variety of factors, such as how they work, how big they are, and so on. As a starting point, below are some of the categories.

Even though they’re utilized with cameras like shotgun microphones, not every mic is a shotgun mic. Lavalier or collar microphones are an excellent illustration of this phenomenon. The person in the video regularly wears one of these little gadgets affixed to their clothing.

Most lavalier microphones employ a metal coil to imitate the sound waves that contact the diaphragm and produce an electrical charge that catches the sound, allowing for the recording of audio.

You should know that sound waves must have a particular frequency in order to vibrate the diaphragm of a dynamic microphone.

Lavalier microphones are small and unobtrusive, yet they perform a good job of recording sounds without the aid of a recorder. It’s best to use a separate audio recorder, although lavalier microphones may be connected straight to your camera or even your cellphone’s 3.5mm port.

When using a shotgun microphone, you often need a separate mount or hot shoe to attach it to the camera. It’s also possible to use a boom mic to record crisp audio from a distance without interfering with the video’s framing effects.

Condenser microphones are commonly used in shotgun microphones. To put it another way, they’re able to pick up ambient noise and other low-level noises with remarkable precision.

When electricity is applied to one of the plates, a static charge is generated between the two. When a sound wave strikes the diaphragm and causes it to vibrate, an electrical current is generated.

Shotgun microphones come in different shapes and sizes, but this one may be the most basic. With their built-in shoe mount, they can be attached to most DSLR and mirrorless cameras, and most cameras and mobile devices have a 3.5mm connection that can be plugged into them. Some even have dB levels that can be adjusted.

One of the better examples of shotgun microphones is the Rode VideoMic, which comes in a variety of colors. -10, 0, and +20 dB levels are available, as well as a low-frequency cutoff shown by a slanted line.

Use this on-camera directional microphone in any setting since it’s so adaptable. The subject’s distance may be limited by the camera you’re using, although this isn’t always a deal-breaker.

In my opinion, the 3.5mm input is far less reliable than an XLR connection. Using your camera to modify the audio levels is also risky.

Using a shotgun microphone with an audio recorder like the Zoom H4N is a far more secure solution to this problem.

Your shotgun mic’s directionality can be greatly affected by its length, which in turn may change the circumstances in which you utilize it. Short shotgun microphones have the advantage of being highly portable and convenient.

They are lightweight and may be attached to a camera with ease. In addition to being more robust, these shotgun mics are also more affordable.

As a general rule, short shotgun microphones have an XLR input and require phantom power from an audio mixer to operate. Later on, I’ll elaborate on what this implies.

Medium-sized shotgun microphones can be used up to six feet away and still remove all of the ambient noise.

For booming and recording, medium shotgun microphones are the ideal option. Because they point in a certain direction, they’re simple to use and provide you more latitude when it comes to where you put them.

Long shotgun microphones are ideally suited for outside shooting where there is a lot of activity, as they have a specific pickup pattern.

The microphone should be placed as near to the subject as feasible. However, while filming movies and documentaries, you may need to keep the microphone away from the subject in order to keep it out of the picture.

Long shotgun microphones can be helpful in these situations since they can pick up noises as far away as nine feet away if there isn’t too much noise in the background.

Because of the narrow layout of pickups, this is achievable. With a boom operator, you can get a clear recording even if you’re a long way away.

Because of the movement of the subject, a notable loss in audio output might occur if microphone angle changes are not compensated for.

Long shotgun microphones are great for recording outside, but their narrow frequency range and high sensitivity mean they have certain drawbacks for recording indoors.

Reverb can be more bothersome than an echo in some instances. Reverberation is a sound wave that persists in the room after the original sound source has stopped creating noise, as opposed to an echo, which is a sound wave that is reflected straight back to the source.

When recording in a small space, many long shotgun mic users have to deal with this difficulty. Because the on/off-axis noises are so comparable and pervasive in enclosed spaces, sensitive shotgun microphones are able to pick them up.

You may avoid this by keeping a close eye on your audio and being aware of hard surfaces and echoes, which can amplify noise. Even in a confined space, a long shotgun microphone may be used.

Those unfamiliar with shotgun mics or microphones, in general, maybe perplexed by the term “phantom power.” However, this isn’t a difficult task. A battery-powered microphone, on the other hand, has a built-in battery or another source of power.

The term “phantom” powered mic refers to a microphone that does not have an internal power supply and must be supplied by an external source.

Your microphones’ and your complete setup’s mobility will improve as well, as you won’t need a separate power source.

Which Length Should You Use?

How and where you want to use your microphone is the primary determinant of this. Even though a longer interference tube will reduce much of the off-axis noise, it will also produce a lot of reverb in a confined environment due to its high sensitivity and directionality.

It is possible to get away with a shorter tube that has less directionality, but it has connection concerns.

Small shotgun microphones, on the other hand, offer a good balance between mobility and connection, as well as superb directionality. There is only one drawback with them, and it has to do with the fact that their range isn’t quite as long as it might be.

Ultimately, it’s up to you to make a decision based on your personal interests. On-axis sound is well-captured by the majority of shotgun microphones. However, even a highly directional microphone might permit some off-axis sound at certain frequencies. This is most often the case when the comb-filtering artifacts, such as a hardwood floor, are present.

Finding a mic with minimal self-noise and good sensitivity is crucial, as is finding one that has a natural on-axis sound and an evenly proportionate off-axis rejection ratio. It’s possible to get excellent audio from even an average shotgun mic with little or no post-production sound editing if you’ve checked this.

Consider whether or not it’s compatible with your camera before purchasing a shotgun mic, assuming that it’s the shotgun mic you need for your camera (most of them are, but there can be exceptions).

Finally, whether or not a shotgun microphone is necessary relies on the price you’re willing to spend for it and whether or not you actually need one.

Yes, this is an important consideration when purchasing a shotgun microphone. This is why:

A shotgun mic is a good option if you can only afford one boom mic and most of your shots take place in a noisy location.

However, if you film a lot of insides, such as interviews in quiet rooms, and you just have one microphone, you might want to consider a hyper-cardioid microphone.

These microphones are almost as directional as shotgun microphones, but they have a better sound quality overall.

The depth of sound that a super-cardioid mic may create will necessitate a separate write-up. For the time being, though, I’d recommend that whichever microphone you select, be sure that it is specifically built for the application for which you intend to use it. This holds true for shotgun microphones as well as any other type of microphone.

previousWhy Snorkeling with a GoPro is Great?
next10 Best Shotgun Microphones for DSLR