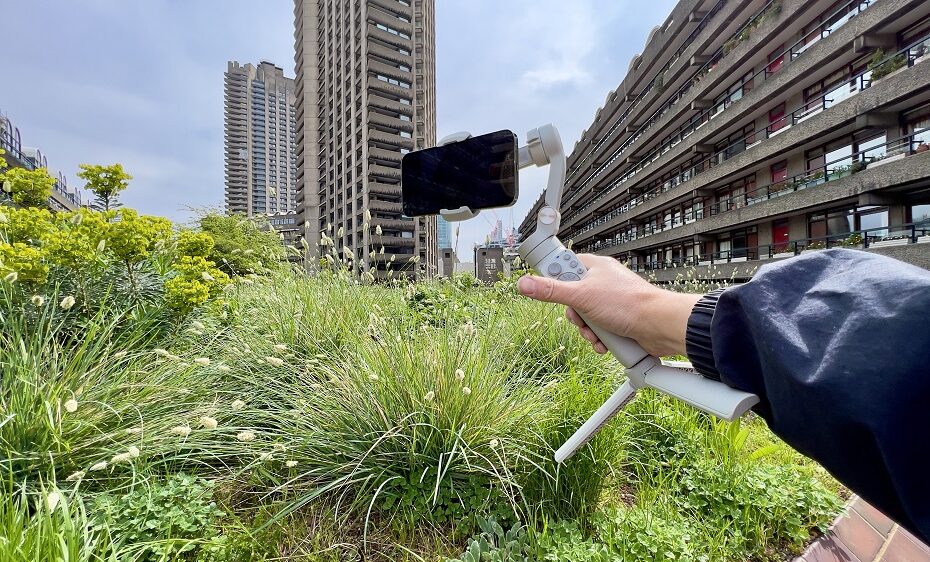 The FeiyuTech Vimble 3 is a newcomer to the competitive smartphone gimbal industry. Unlike the Zhiyun Crane M2S gimbal, the Vimble 3 is geared solely for smartphone users, rather than mirrorless and DSLR owners.

The Vimble 3 shares many similarities with the DJI OM4 in terms of design and functionality. You may employ a variety of modes, like with all gimbals, to make your smartphone pan, tilt, and roll seamlessly. The OM4 and the Vimble 3 also come with an app that allows them to do a variety of extra tricks, such as beginning to record your activities when you make a certain gesture. More on it in a moment. 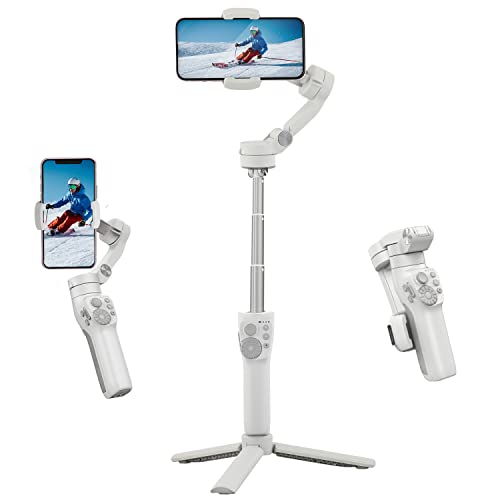 The Vimble 3 is a 3-axis gimbal that captures smooth smartphone camera movements including tilts, rolls, and pans.

Although many smartphones include software and hardware stabilizing functions, this may not necessarily apply to all lenses. For example, the Ultra-Wide camera on the iPhone 13 Pro Max isn’t stabilized, so you may need to smooth down choppy handheld wide-angle shots in Final Cut Pro or Premiere Pro. This might result in the movie being cropped, which would ruin your initial wide-angle arrangement.

As you can see in the accompanying test film, the Vimble 3 provides smooth gliding camera movements even while recording in wide-angle mode. You are no longer restricted by the length of your arm while shooting selfies since the Vimble 3’s telescopic pole allows you to extend it by 198mm, allowing you to capture more of yourself and your surroundings.

The Vimble has five distinct shooting modes that you may switch between. With Pan Follow (PF), the gimbal pans to follow the operator’s hand movement (but does not tilt). Pan Tilt Follow (PTF) is more natural since the gimbal pans left or right and tilts up or down in response to your hand movement. In FPV mode, all three axes pan, tilt, and roll in response to your movement. The Lock mode maintains the camera’s orientation independent of movement.

Finally, FFW is the Flash Follow mode, which helps the gimbal to react to any movement more quickly, making it a great option for photographing sports. You can also choose between shooting in Portrait and Landscape orientation, which might be useful if you’re creating material for a social networking platform like TikTok.

You may also utilize the gimbal hands-free thanks to an attachable tiny tripod. This is useful if you want to shoot a panning time-lapse.

The Feiyu ON app may be used to extend the capability of the Vimble 3. This allows the smartphone mounted on the gimbal to do remarkable things like panning and tilting to follow your every move as you walk and converse. You may also sketch a topic on the smartphone’s screen, and the gimbal will try its best to keep the subject in-camera while it (or the gimbal’s operator) moves about.

We found the auto-tracking pins and tilts to be a little abrupt and clunky, but they added a human touch to the camera motions (rather than being super responsive and artificially smooth). See the app’s auto-tracking features in action in our test video.

The Vimble 3 includes a folding arm that makes it easier to travel in the included storage bag. You may attach the provided tiny tripod legs to the thread at its base for hands-free use. If you wish to make movie-style craning shots, you may use this thread to attach the gimbal to a higher tripod or a microphone boom arm. In comparison to the more delicate and sophisticated Zhiyun Crane M2S, the Vimble 3’s solid plastic components seem quite durable, and you’ll be less concerned about destroying it.

We found the Vimble 3 to be incredibly simple to set up and operate. It folds and unfolds with a pleasing snap, and a built-in clip allows you to effortlessly and securely place your smartphone. The mount also has a useful sticker that indicates which side of the gimbal your smartphone’s lens should be on.

The mode button and front trigger let you choose between the several follow modes, albeit the lack of an integrated screen makes it impossible to see which mode you’ve selected (unlike the Zhiyun Crane M2S which has a handy little built-in screen).

When we published the free Feiyu ON app, the Simple instantly linked with it, allowing us to make use of additional app-enhanced functions. For example, by displaying the app in your hand, you may cause the gimbal to begin capturing video.

We also used it to capture panning timelapse sequences, with varying degrees of success. As with the DJI OM 4, you can specify the start and finish keyframes for your panning timelapse sequence via an app. Then you select a capture interval and a duration for the final video. The Vimble 3 captured smooth panning time-lapses, although it occasionally failed to end in the precise place that we’d specified, slicing off the edge of a landmark. When filming a timelapse, it frequently failed to pan and tilt. Hopefully, a firmware or app upgrade can resolve this issue, because we were generally satisfied and surprised with its overall performance.

The Vimble 3 is a low-cost smartphone gimbal that lets you produce smooth pans, tilts, and glide tracking shots with your phone. Unlike the more complicated (and about twice as expensive) Zhiyun Crane M2S, you can use it right now since it’s much easier to balance your smartphone in its mounting clamp.

The free Feiyu ON software, which interfaces with the gimbal through Bluetooth and allows you to monitor moving objects by drawing a rectangle around them on your smartphone’s screen, allows you to get up and running quickly. The program may also be used to pan timelapse and hyper-lapse footage, which should appeal to stock videographers.

previous10 Tips to Emphasize Your Subject – What is Emphasis in Photography?
nextWhat are the Best Black and White Filters? How to Use?