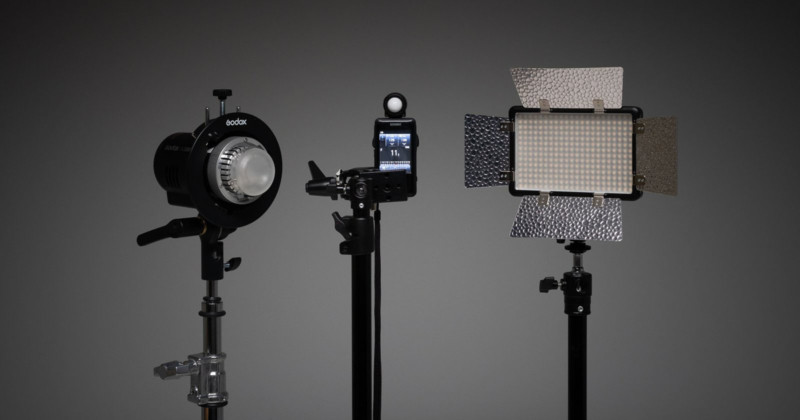 Because of advances in technology and the development of new and more capable cameras, it is now simpler than ever before to take photographs of a good quality notwithstanding the lighting conditions. A photographer can now take a picture of a wedding in broad daylight and have it turn out perfectly exposed; they can also take a picture in the middle of the night with a slow shutter speed and capture the world around them without having to worry about camera shake or blur; this was previously impossible.

In the field of photography, there are two categories of lights: those that are under your control and those that are not. Those that you, as an artist, are able to work with to realize your vision, and those that are outside of your direct influence. Your creativity is the only thing that can hold you back.

A variety of flashes, Speedlite, strobes, and monolights are available. One of the most vital components of a photographer’s arsenal is their collection of lights. The majority of photographers own more than one light, and many have an extensive assortment of lights at their disposal. A photograph’s quality is greatly affected by its light. Because of this, it is extremely important to select the appropriate kind of light for the scenario you are working on.

The introduction of detachable lighting was a significant contributor to the revolution in digital photography. They are a popular choice among professional photographers because of their ability to provide a long exposure, which can freeze a moment in time and create a stunning effect. On the other hand, they are also an ideal way for an amateur to capture shots of food, drink, people, or places that are in the surrounding area.

There is a good probability that you already own at least one and are familiar with the differences between them if you are a dedicated photographer. However, if you are inexperienced, it might be challenging to choose which one to acquire and put to use. In this article, I will analyze each one of them, focusing on both their strong points and their problematic areas.

What is a strobe?

An electronic flash unit is known as a strobe (sometimes called a stroboscope) It is able to produce a very bright light, which is a necessity for taking images in low-light settings, as this light may be produced by it. In both daytime and nighttime photography and video production, strobes can be used to provide illumination for the camera and the camera’s viewfinder.

Strobes have the ability to make it look as though the light is coming either from the device itself or from a location that is not captured by the camera. A strobe can produce an extremely concentrated form of light emission. The word “stroboscope” was created by drawing a comparison between the Greek words strobos (), which means “whirling,” and skopein (v), which means “to see.”

What is the difference between a flash and a strobe light?

When most people hear the word “flash” in relation to photography, their first thought is generally of a sudden, intense burst of light that freezes a fleeting moment in time.

The flash creates a brief burst of light that can be controlled either automatically or manually, and it can temporarily illuminate an entire scene or certain subjects within that scene. This is a wonderful opportunity to seize the picture-perfect moment of memory and retain it as a memento for all time. The flash, on the other hand, should not be confused with a strobe.

Even while we may argue that every flash is a strobe, we cannot assert that every strobe is a flash. These phrases cannot be interchanged as they refer to two distinct categories of light and cannot be used interchangeably.

A flash of light that occurs fast over and over again in a consistent pattern is called a strobe, and as its name suggests, a strobe lives up to its billing.

A single burst of light is what we refer to as a flash, just like the flash on a camera. However, these two names are frequently used synonymously to refer to the two different kinds of light.

Disadvantages of the strobe lights

There are a few drawbacks associated with using strobes for photographic purposes. Because of their size and bulk, they need to be assembled first before a shot can be taken. The light that they create is frequently very strong, which can make it challenging to achieve the desired effect in a photograph. Strobes are not portable and are fairly pricey.

What is a speedlight?

Portable strobes manufactured by Nikon are referred to as speedlites. A speedlite is a portable form of a flash unit that may be used with most cameras. Speedlites are also known as portable speedlites. They are not only compact and lightweight, but also offer a practical method for adding light to any scenario.

The end consequence of using a Speedlight is that the resulting images will have a more natural look to them. This effect can be achieved by using the Speedlight in conjunction with the pop-up flash unit of a camera, another flash unit, or through the hot shoe of the camera.

The light that comes from a Speedlight is more direct, which gives the portrait, for example, a more realistic aspect and makes it less likely that the subject would have red eyes. Flash guns are another name that photographers use for these devices.

What is the difference between a flash and a speedlight?

The two are different in a number of ways, one of which is the power source. In order to power its LEDs, a flash can draw electricity from either a battery or an AC outlet, whereas a speedlight requires two AA batteries. Portable flashes are referred to as speedlights, and they differ from normal flashes in that they are generally smaller, more compact, and may function as strobe lights even when detached from the camera.

Disadvantages of using speedlights. How many speedlights equal a strobe?

Because the light emitted by a speedlight is distinct from that of a strobe, it only makes sense that these two types of lighting equipment are kept apart. One of the benefits is that it takes the speedlight a significantly longer amount of time to reach its full power once it has been used. When utilized inside, the amount of light that is produced by speedlights is far less than that produced by studio strobes. Strobe lights are often at least twice as powerful as speedlights in their standard configuration.

What is a monolight?

A lighting system that only makes use of a single source of illumination is referred to as a monolight. There are a few different options for the source of light, including a flash tube, an LED, or an incandescent lamp. When they are shooting, some photographers find it easier to work with just one light because, in their opinion, it allows them to have greater control over the lighting.

A professional monolight is a large, powerful flash unit that is “dedicated” to a single function and is designed to be used in conjunction with a studio flash stand and reflector. Even though the light that is generated by monolights is harsh, it is simple to manage and produces a picture that is both sharp and clear. When filming at studios, hotels, museums, and other large venues, monolights are frequently utilized as a lighting source.

Which of these two types of lighting is superior, strobe or continuous?

When beginning photography, one may frequently hear that using strobes is the simpler option, while using continuous light is the more challenging one. This is not absolutely correct in any way. There is also a lot of discussion over the distinctive appearance that each gives off, but the fact of the matter is that the lighting modifiers that you apply to the various kinds of lights are primarily responsible for the differences in appearance that can be seen in the photographs. Let’s take a look at the various ways in which strobe and continuous lighting differ from one another, as well as the reasons why you would choose to utilize one over the other.

The primary advantage of utilizing a strobe light as opposed to a continuous light is the fact that you are able to use a slower shutter speed without the subject of your photograph becoming fuzzy. Using a slower shutter speed enables the photographer to capture more light, which, in turn, can help the photographer create photographs with a great lot of depth. The usage of strobe lights may really make your subject stand out, but unfortunately, they are both pricey and somewhat difficult to operate.

Because of the high-quality light that flashes can generate, a lot of photographers prefer to take their pictures with one. Others choose continuous light sources that generate softer light and may be positioned anywhere around the subject, while still others choose to combine the two methods.

The explanation for this is straightforward: the choice of light source utilized by a photographer is an intensely private preference. While some photographers prefer the darker shadows that are created by using a flash, others are drawn to the softer appearance that is created by continuous light.