Sony has been killing it of late with impressive mirrorless cameras like the a7R III and a7 III but Fujifilm made some noise of its own in February with the release of the X-H1 its new flagship mirrorless camera. It has a much larger more professional body that blends elements from the X-T 2 and its medium format GFX 50s. It also has in body stabilization and cinema 4k, both firsts for Fujifilm cameras. It sounds great on paper but with its larger size and more professional allure, it’s quite different from past X-series cameras. Will its fans except that? If you just want to carry around camera, maybe not. But if you’re serious about imaging, the X-H1 brings a host of welcome features and is easily Fujifilm’s most capable X-series camera yet. 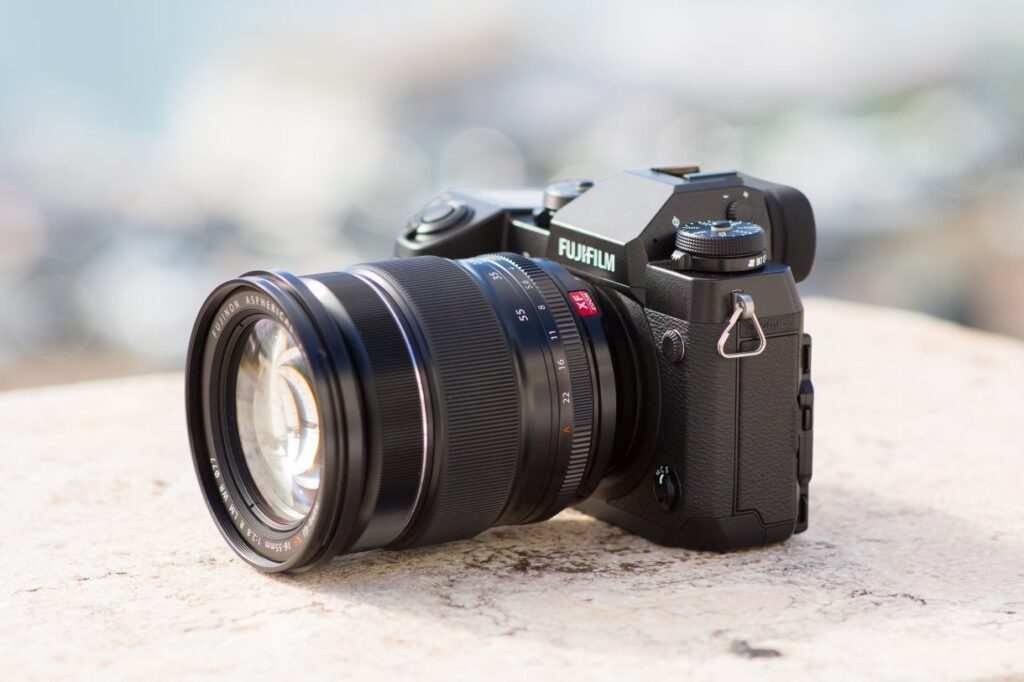 Early in development Fujifilm decided to build an all-new body for the X-H1 it’s like a larger version of the X-T2 but with an LCD on top that shows key settings. Another key physical change is a new large grip. The idea is to give pro-photographers more to hang on to when using big lenses. The magnesium body is both larger and more durable for serious shooters, yet still rather light. It’s also dust, water, and scratch resistant. The Fujifilm X-H1 has plenty of Fujifilm’s signature dials and I love them. The physical controls mean you don’t have to wade through menus and screens like on comparable Sony cameras. There are two dual dials on top, front and rear control dials, a joystick and menu controls. Unlike the X-T2, it also has a touchscreen. It can be used for autofocus while shooting and to change settings in the cue mode.

The all-new EVF has 3.69 million dots and 0.75 times the magnification for a bright expansive view. As on the GFX 50 X, the 1.28-inch top LCD shows key, info like the shutter speed, f-stop, ISO and mode settings. Unfortunately, Fujifilm eliminated the exposure compensation dial to put it there so you have to push a button while turning the rear control dial to access that setting. The Fujifilm X-H1 uses the XT 2’s 24.3-megapixel x-trans III CMOS sensor, which offers excellent image quality, but mediocre light sensitivity. Fujifilm has made some radical changes elsewhere, however. The X-H1 is its first model with five access in-body stabilization. That allowed me to shoot some of the shots in this article in low-light, despite having a prime lens without built-in stabilization. Fujifilm also added a shutter suspension to absorb shocks that could blur images. The shutter button is a lot more sensitive, which is great for quick shooting but makes it easy to shoot your feet by accident. 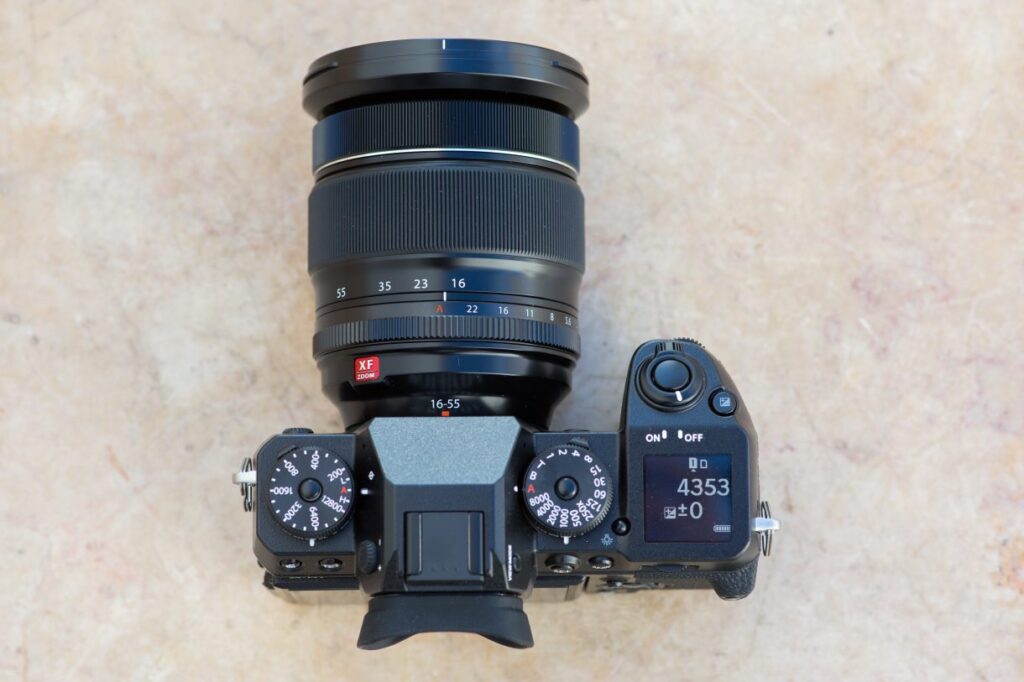 The X-H1 is no Panasonic GH5s but it’s more capable than any other x-series camera for 4k video. You can now shoot in widescreen DCI mode at 4096×2160, along with regular Ultra HD. It supports double the bit rates of the X-T2 so quality is also better. Unfortunately, shooting speeds are the same as the X-T2, at 8 frames per second, or 14 frames per second in electronic shutter mode. Using the optional battery grip increases regular shooting speeds to 11 frames per second. The hybrid phase detects and contrast-detect autofocus system is the same, too, but works a bit faster and in lower light than the Fujifilm X-T2. I found that it works well on predictable subjects but less so with complex or moving scenes.

Overall it’s not quite up to par with rivals Sony, Nikon, and Canon. The X-H1 produces accurate colors and detail for both video and still images, I found. It has less rolling shutter and aliasing that Sony’s a6500, which it should consider the higher price. However, video quality is no match for Panasonic’s GH5s. It has middling low-light performance but Fujifilm handles noise well, letting you comfortably shoot up to ISO 12,800 most of the time. 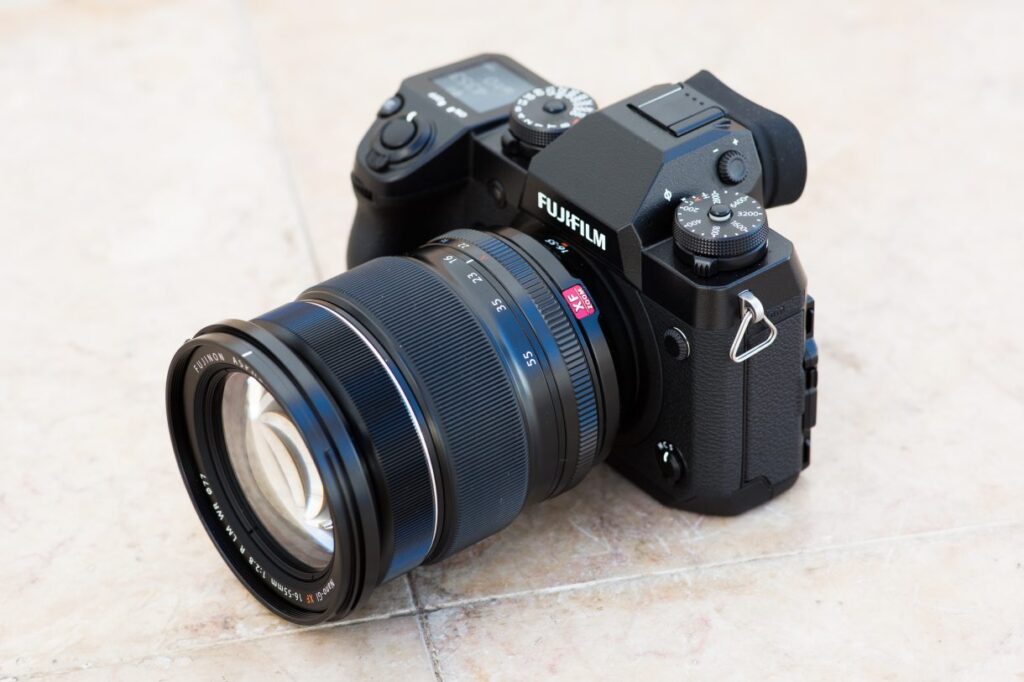 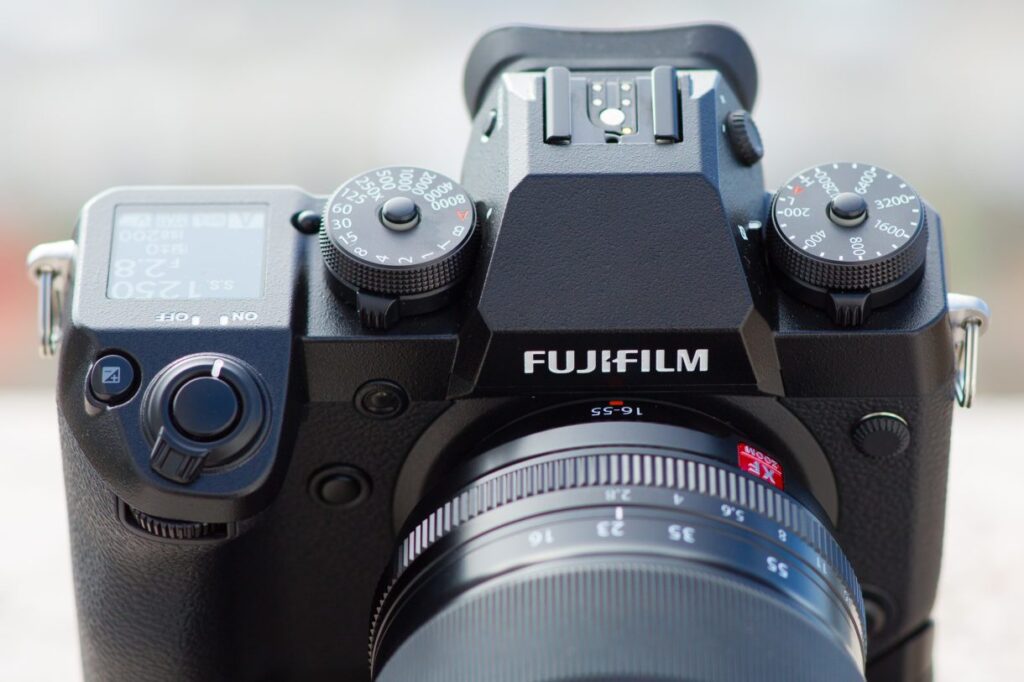 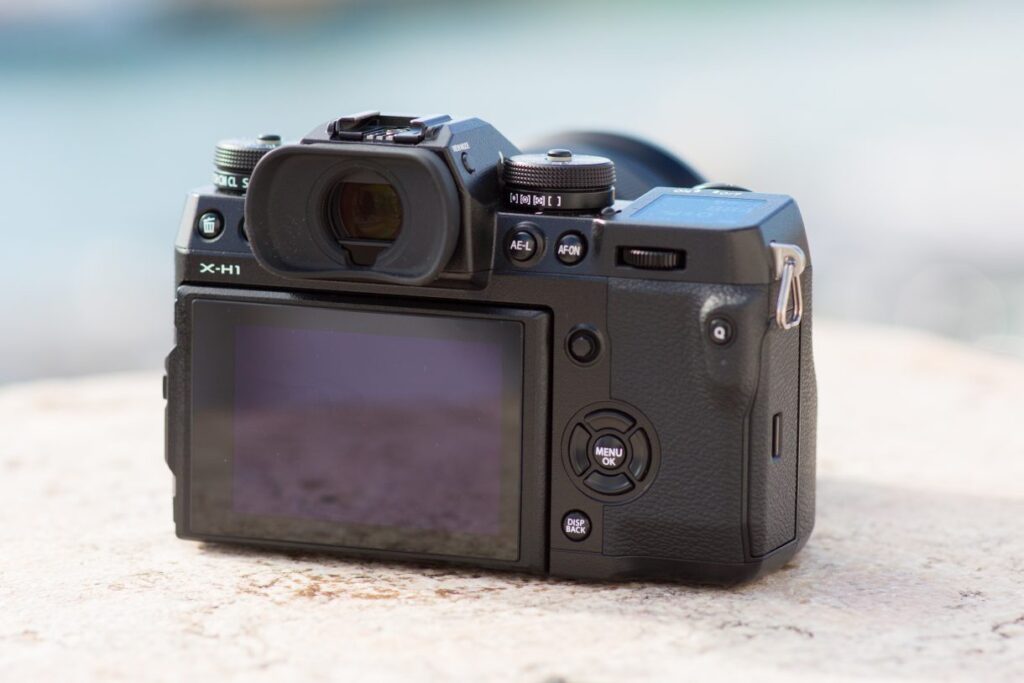 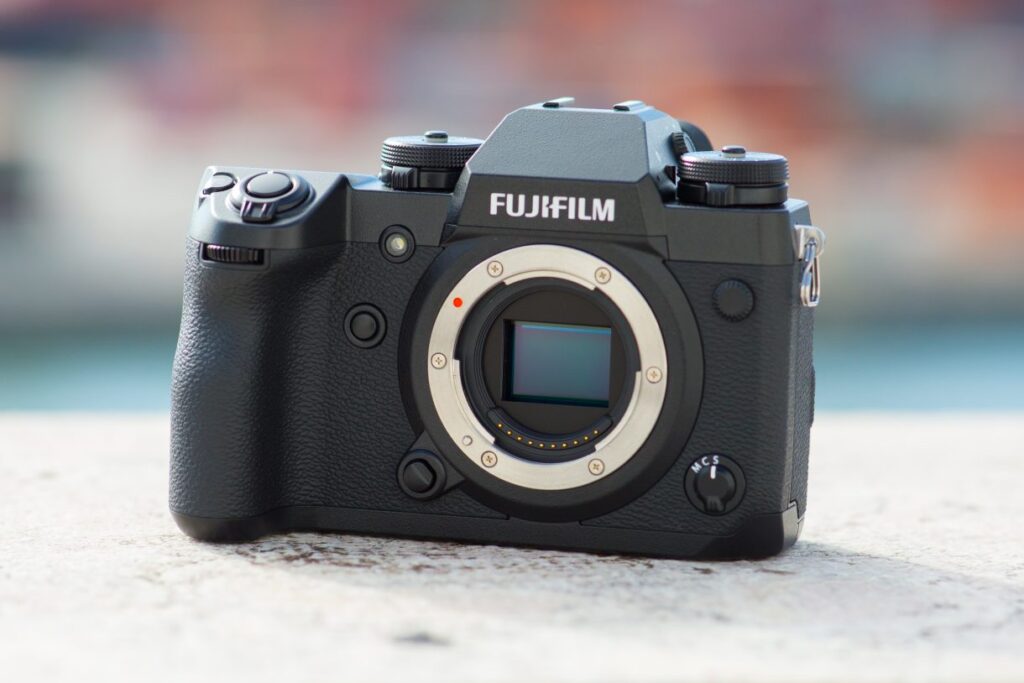 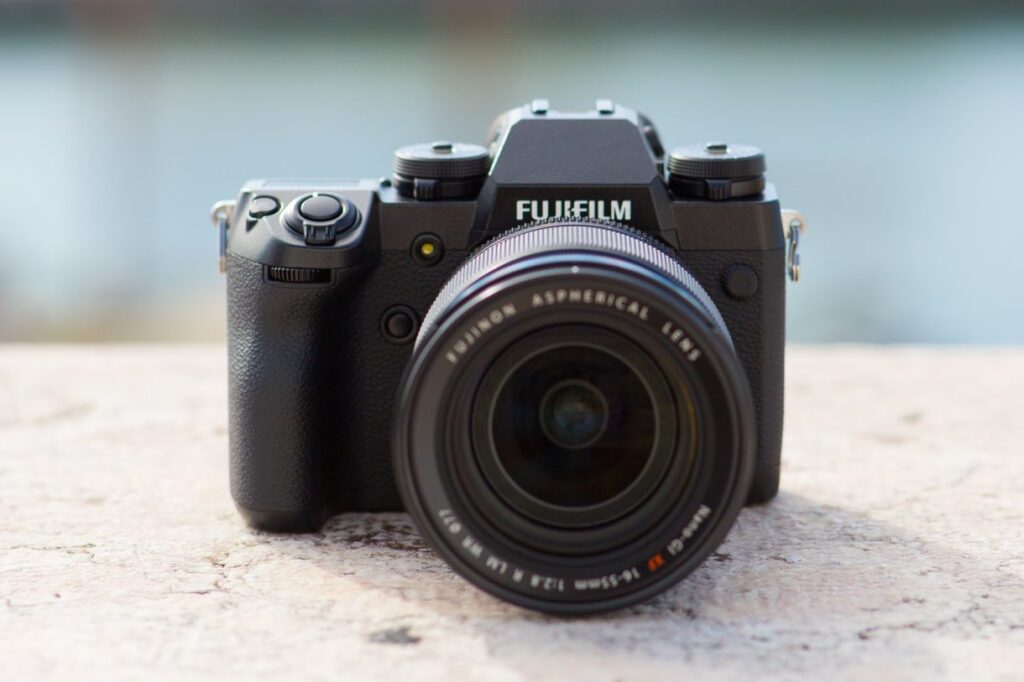 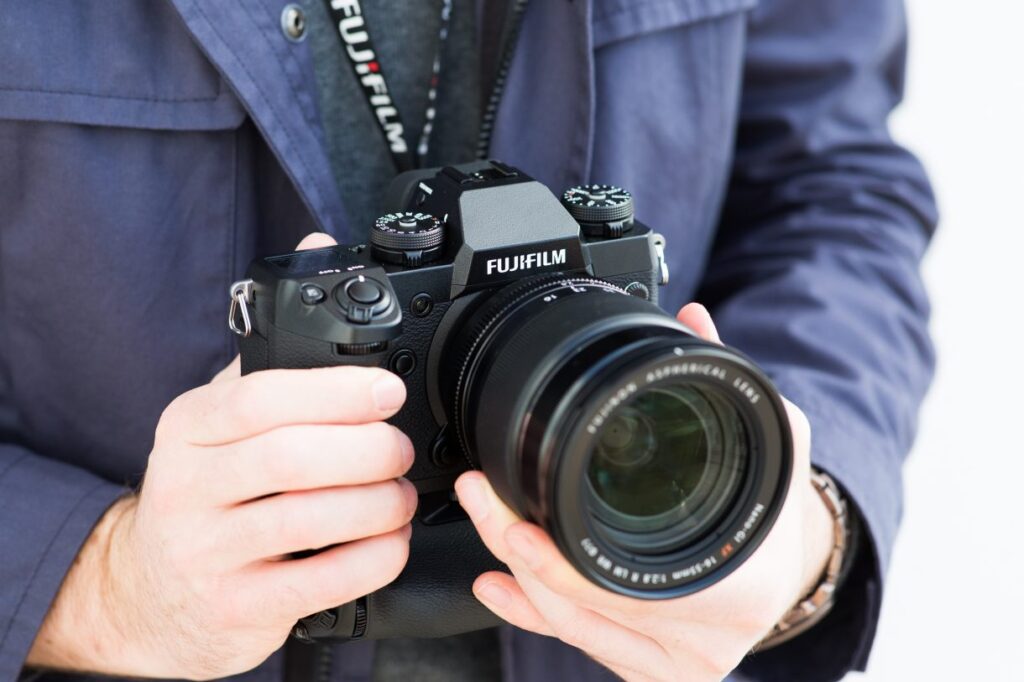 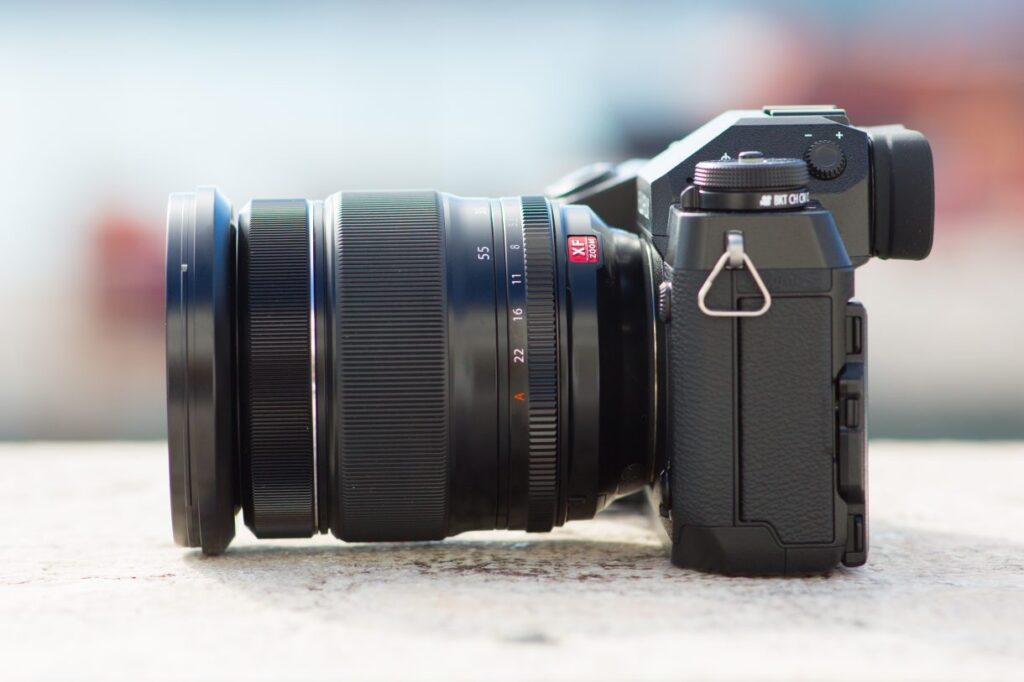 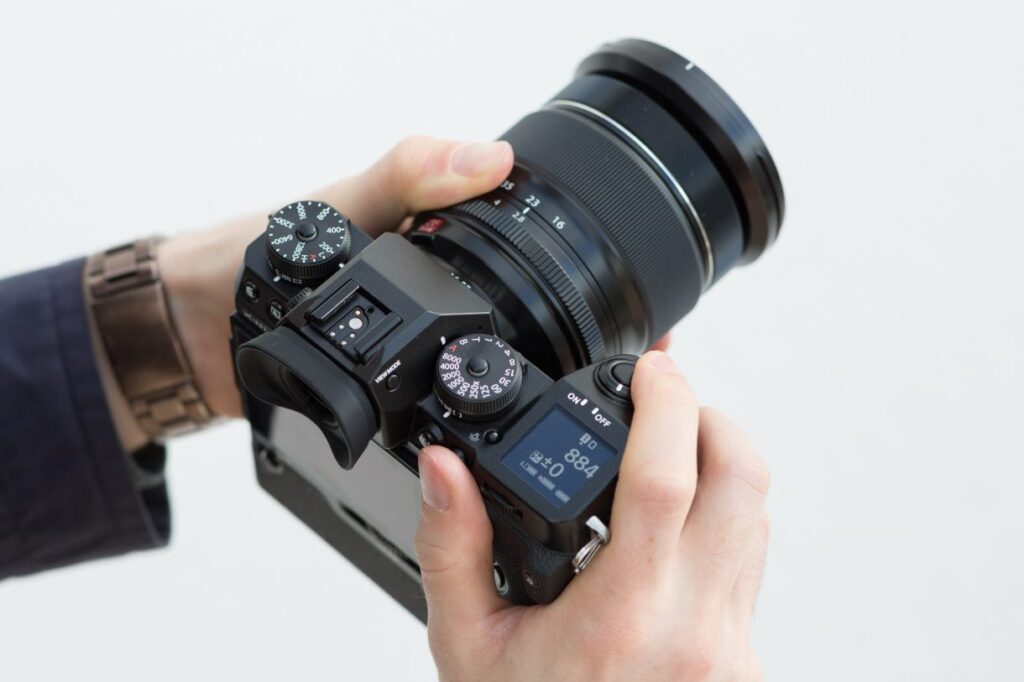 When shooting RAW, dynamic range preserves details from shadows and highlights very well though less so at higher ISOs. Technically the X-H1 is Fujifilm’s best X-series camera yet, thanks to the new tough body, improved video, in-body stabilization and a stellar viewfinder. To build that though Fuji film had to give up a few things its fans like. Namely, the sleek size and street photography appeal. At the same time by adding Pro-features and better video and charging $1,900, Fujifilm is putting the X-H1 up against some formidable cameras, like the Sony a7 III and Panasonic GH5, and it falls short in some areas next to those models.

In short, the Fujifilm X-H1 might be too expensive and large for its loyal base and not quite up to snuff for other buyers. So I like it but it’s not clear exactly who it’s for.