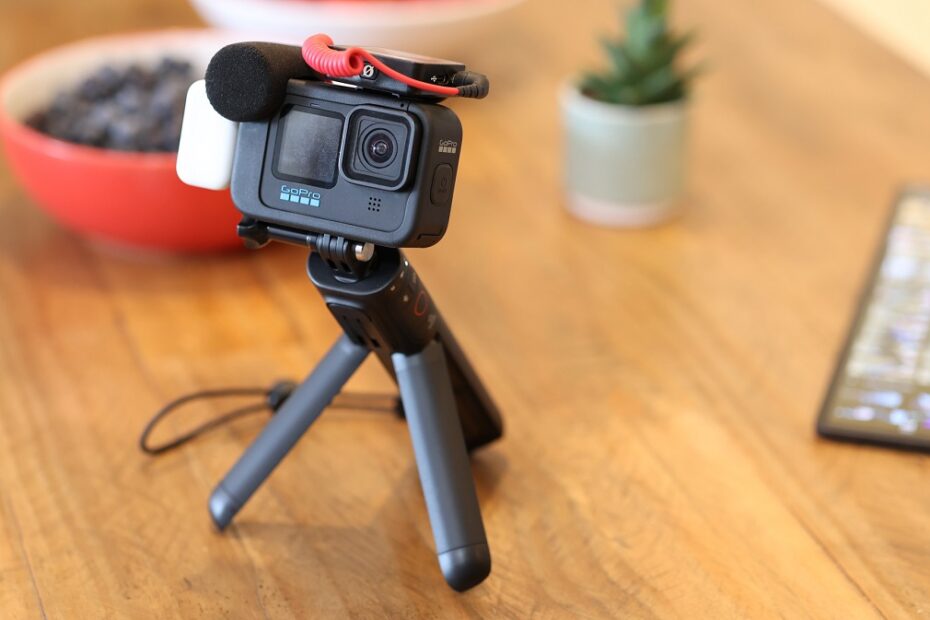 The GoPro Hero 10 Black was released in 2021 and received a five-star review. It still tops the list of the best action cameras of 2022, beating the Hero 9 Black with a new processor, smoother performance, and better connectivity. As a battery grip, the GoPro Volta allows you to charge your GoPro and make it easier to use its controls. It can be used with both the GoPro Hero 9 and Hero 10 Black.

If you want to buy a new GoPro, the Creator Edition has been released. It comes with a Hero 10 Black, a Volta, a Light Mod, and a Media Mod, making it even better. That means that in addition to a battery grip tripod, the Bundle also comes with an incredibly bright LED light and better audio and connectivity. Vloggers and YouTubers are clearly the target market for this bundle.

It costs $90 / £84 if you have a subscription to GoPro, or $130 / £120 if you don’t have one. Given that Volta doesn’t do anything new, is it worth spending so much money on? Or would you be better off with a cheap, old-fashioned action camera grip instead?

We tried out the full Creator Edition, which comes with the Volta, mods, and a Hero 10 Black camera. This is clearly how GoPro envisions the Volta being used in the field.

Starting with the Media Mod, this case connects to the camera’s USB-C port and adds a mini-boom mic, three ports, and a microphone jack to the Hero 10 Black. It also adds a mini-boom mic and three ports. As a bonus, it has two cold shoe mounts that work, as well as foam that stops the wind from getting through.

The GoPro Light Mod is small and powerful. It can shine up to 200 lumens and last for at least an hour when it’s turned up to full brightness. With the GoPro Volta, which doubles as a tripod and a grip with easier access to controls like the record and mode switch, GoPro’s bundle makes up for the flaws of action cameras, like bad sound recording and poor low-light performance.

When you first look at the GoPro Volta, it looks like a simple grip with a few buttons on it. It’s weatherproof, but not waterproof, and if you connect your GoPro to it through the Volta’s cable, it won’t work.

The Volta can be used to mount any GoPro or other action camera, but it can only charge those that have a USB-C port. Only the GoPro Hero 9 and 10 can be controlled by the buttons on the Volta.

The Volta’s short USB-C cable has a tight coil that keeps any extra cable from getting in the way of the Volta’s controls. Grip: The replacement battery cover for Hero 9 and 10 also comes with a cover for the USB-C port. This lets you charge and uses both at the same time. You can use a hidden USB-C port to charge the Volta. It can be found by pulling a flap that’s next to the coiled cord. It’s a shame that the cable couldn’t be unplugged and replaced with a stopper so that the whole thing could be waterproof.

The Volta’s best feature is that the camera mount can be turned, which is why it’s so good. In general, plugging in and moving around the coiled USB-C cable isn’t easy, but a little twist here and there makes it work.

One of the most useful things about the Volta is that its remote control can be used both wired and wireless (up to 98 feet). Obviously, if you’ve ever used a GoPro, you’ll know that your smartphone or tablet can be used as a wireless remote. The Volta, on the other hand, is much more durable and doesn’t get in the way as much.

Batteries status, record, and power mode/mode are all buttons on the Volta’s side. These don’t give you a lot of control over your camera, but they do cover the most important parts. The Volta can also start up your GoPro from cold, and a strip of LED lights shows the grip’s battery life and the mode your camera is in, so you don’t have to guess when you’re taking a picture.

When the battery in the Volta has 4,600mAh, it can hold about 2.7 times more power than the battery in a standard Hero 10. That means that with the grip on, the battery lasts an extra 200 percent longer than without the grip, which is very important.

You might need the Volta if you have a GoPro, use a grip, always carry extra batteries, and like to use your smartphone to control your camera from afar. Even though it costs a lot when used alone, it’s full-featured and works well when we’re out and about, even though we found the cable to be fiddly and would have liked it to be waterproof.

Anyone who is looking for a new action camera setup should also think about the Creator Edition. With the Media Mod and the LED Light Mod, it adds extra sound recording and powerful light to the GoPro Hero 10 Black. Volta’s tripod/grip/remote shutter/battery function makes the action camera into an all-in-one video maker’s rig very quickly when used with the action camera.