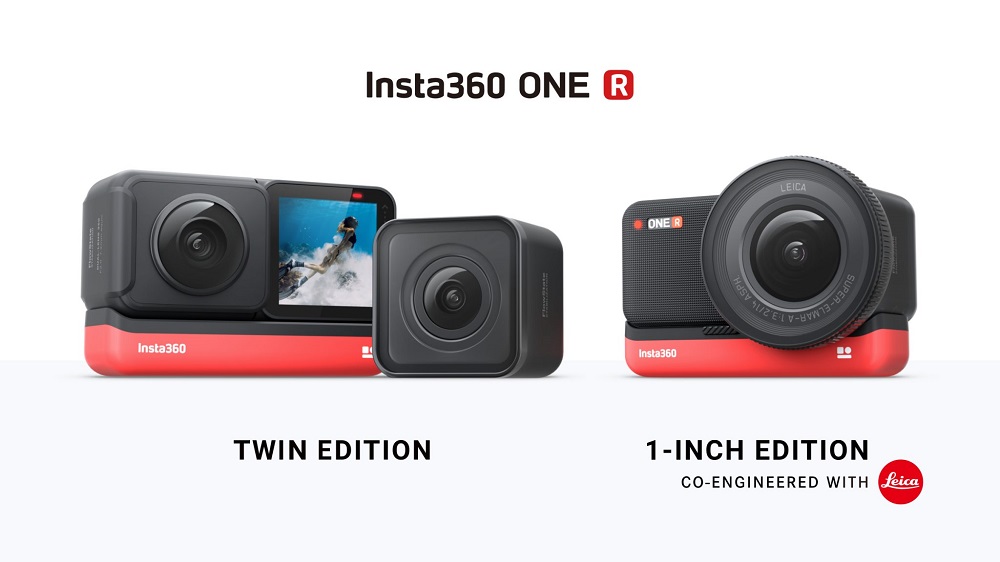 Insta360 One R has just announced, like Insta360’s prior cameras, it’s capable of shooting 360 degrees of footage. But it’s also a standard 4K action camera. The One R is made up of three components: the lens; the core, which houses the screen, power and record buttons, USB-C port, and microSD card slot; and the battery base. There are two ports on the core that coincide with prongs for the lens attachments and the battery just snaps onto the bottom.

Once it’s all put together, it feels solid, compact, and complete. The Insta360 One R Twin Edition is available to purchase starting today for $479.99 and will come with one core, one battery, a 360 camera mod, and a 4K camera mod. Insta360 will also be selling just the 4K camera mod with one battery and one core for $299.99. You can now pre-order Insta360 One R at B&H Photo Video.