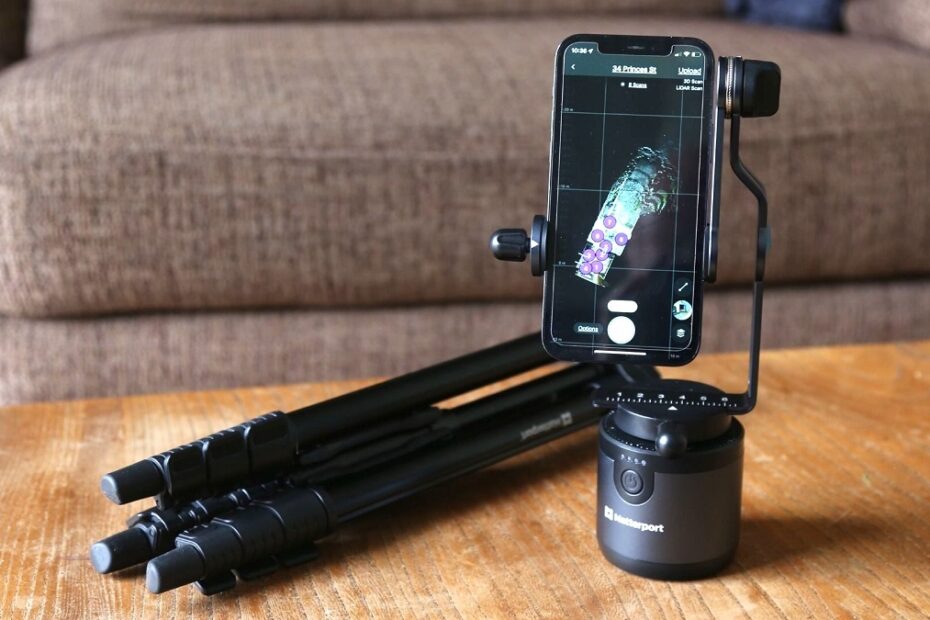 The Matterport Axis simplifies the process of making 3D tours. Of course, there are already alternatives for creating immersive professional-looking 3D 360o tours of a complete property, such as a hotel, workplace, or Airbnb rental.

In terms of cost, buying a 360° camera is the simplest and most expensive option. Smartphone 3-D capturing applications are widespread yet inaccurate. The reason is that you have to physically move and hold a smartphone as it snaps shot after photo.

A motorized mount for any Android or iPhone smartphone, with a compact tripod, delivers outcomes like this gym, house, boxing club, and studio space.

It does, however, require a Matterport cloud account. There’s a free plan with one active model, a $9.99/£7.99 Starter plan with five active models, and more – so it’s not too pricey to test it out.

Here’s how we created an immersive property’s “digital twin.” 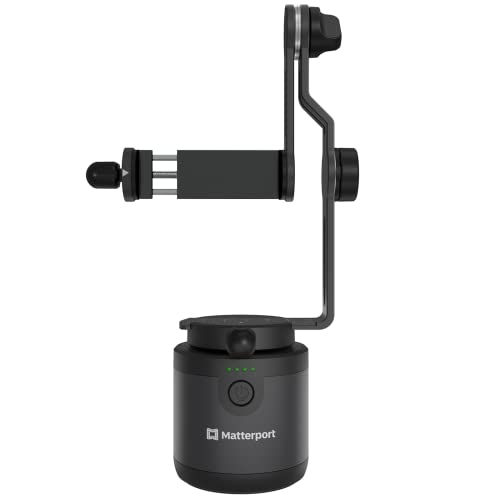 The kit includes a tripod, a motorized mount, a smartphone clamp, and a Bluetooth remote. The mount is 258g and half the size of a coffee cup. USB-C recharges it. The motor is attached to a 150g gimbal-like clamp that simply grips a smartphone – of any size, happily – and positions it in portrait mode at whatever angle depending on the room. The Bluetooth remote is small and magnetic, so it may be placed on the clamp when not in use. a strong bond

To produce a 3D map of a room, the Matterport Capture app uses infrared (and LiDAR outdoors if your phone supports it) to compute distances and create a depth map.

The primary issue with utilizing a tripod for this type of work is that you have to constantly move it throughout the house, which means tight areas and stairwells that only sophisticated tripods can handle. The weak tripod that comes with this kit is the least remarkable element of the package. The tripod wobbled a bit in a windy garden even though we used it as low as possible; it would be advisable to use a stronger tripod outside.

The motorized mount and clamp come in a protective box with foam inserts to prevent damage. It’s 330g and hefty. It’s probably overkilled, and it requires a zippered compartment for the 3/8-inch tripod adaptor, rubber tripod thread cover, and USB-C charging connection.

The only other flaw we found was the stiffness of the knob used to adjust a smartphone.

After setting up the basic rig, you may take 3D scans, 360o images, and pick between a simple (quick) or comprehensive (slow) LiDAR scan.

The battery life is adequate; we mapped the ground floor of a five-room house with a garden in half an hour. If you have a significant project, bring a portable battery charger.

The Matterport Axis is a breeze. First, line up the phone’s wide-angle lens with a section of the mount, then align it with the tripod’s center, all by sight, before tilting it to align with a circle and dot on the app.

Press ‘go’ to start a new project on the app, which might geotag you with the place you’re standing in. You may either use the accompanying Bluetooth remote to start the procedure as you leave the room and hide for a minute or simply stay screen-side and watch the gadget work.

After the scan is complete, move the equipment five feet away and repeat the process. In a small room, you’ll do this four or five times, but in a large one, up to twenty. In any case, you obtain a 3D depth map of the space you’re in after the initial scan. In Google Street View, each new scan refines the detail and size and adds more spots for viewers to click on.

It’s best to manually add windows and mirrors to the room before uploading the finished scan to your Matterport cloud account. This helps the program better determine light levels and stitching. In addition, it aids the app in locating room transitions and creating a smooth 3D walk-through by connecting all the rooms.

Our scans, done in a bright room, were razor-sharp and flawlessly stitched. In the cloud, your raw data is quickly transformed into a sequence of films and photographs – and even a lo-res gif! – that can be readily shared and downloaded. A 3D walk-through film shows the complete space or property. It saves me hours.

The only significant flaw in this method is that annotating a 3D scan on a smartphone when it’s mounted on a tripod isn’t easy. It’s also possible that you’ll want to use your smartphone for other purposes throughout the scanning process, in which case a second smartphone for the Matterport Axis may be preferable.

We liked utilizing the Matterport Axis since it is less expensive than a 360° camera. This latter method is costly and typically produces photos with low quality, mild warping, and stitching problems.

previous10 Best Tablets for Photoshop & Photo Editing
next10 Tips to Emphasize Your Subject – What is Emphasis in Photography?