The Nikon Z50 is an excellent debut for the company in the crowded APS-C mirrorless market. It’s an ideal travel camera, and it’s also a great option for those looking to move from a Nikon DSLR, or who just love the brand. Offering great handling, excellent value and a set of enticing features, there’s a lot to like about the Z50, even if it does fall a little short in a few areas.

Nikon has already proven its worth in the mirrorless industry by releasing the excellent Z6 and Z7 cameras in 2018. The next logical step was to release a more consumer-friendly mass-market solution, which took the form of the APS-C (smaller sensor) Z50.

Despite having the same pixel count as the D500 DSLR, we’re told it doesn’t use the same 20.9-megapixel sensor.

Because it has a smaller sensor, Nikon can downsize the entire body, making it much more portable and lowering the price down to a much more affordable level. It also has the same Z mount as its full-frame siblings (Z6 & Z7), allowing you to utilize the same lenses on both systems – as well as any F mount lenses you may have via an extra adaptor.

However, two lenses designed specifically for the APS-C (or DX-format, as Nikon refers to it) sensor has been released and can be purchased as part of an attractively priced kit package – a 16-50mm f/3.5-5.6 “pancake” lens that collapses down for ultimate portability and a 50-250mm f/4.5-6.3 lens for capturing those long-distance shots. A slew of new lenses for the Z series is also on the way within the next two years.

Nikon is up against quite a challenge with this model. The mid-range APS-C market is quite congested, with popular models already available from Fujifilm, Sony, and Canon’s arch-rival. Nikon is bringing its A-game to the fight with a host of features designed to appeal to a wide audience, but whether it is enough remains to be seen. 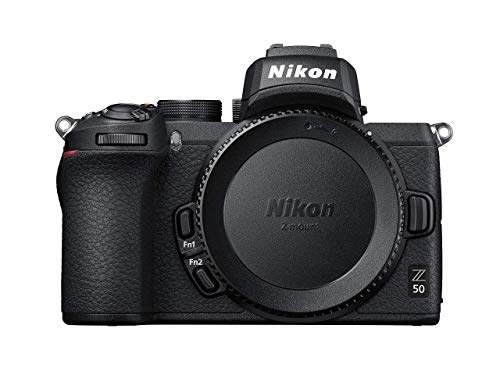 Using the Z50 is essentially the same as using a scaled-down Z7/Z6. Nikon has done an excellent job of downsizing what was already a compact body to make it even more portable.

Naturally, some compromises must be made in order to reduce the size – the top plate LCD that displays critical settings is no longer there, and there is no joystick to set the AF point while using the viewfinder. Instead, utilize the directional keys to select a selection point, which appears to take a long time. I’d like to see the option to continue using the screen while shooting through the viewfinder to select the AF point, as seen on other models on the market.

When combined with the 16-50mm f/3.5-5.6 pancake lens, the Z50 becomes an extremely versatile and travel-friendly kit. It won’t fit into your pocket (unless you wear clown pants), but it will fit neatly into a small bag. If you choose with the twin lens package – or one of the other existing Z lenses – you’ll undoubtedly discover that you have enough room for a second lens.

The buttons that remain on the camera are neatly placed in the available space, resulting in a less cramped feeling. A tiny area of the screen has been blacked off for virtual touchscreen selections, which helps.

Moving to the camera’s top, there’s a mode dial for selecting different shooting modes, as well as a convenient switch for swiftly switching between video and stills shooting. There are also specific buttons for exposure compensation, ISO, and video recording.

Along with the 20.9MP DX-format sensor, the Expeed 6 imaging processor from the Z6/Z7 is included. This enables some of the Z50’s features, such as 4K video recording at up to 30fps and a native ISO range of ISO 50 to ISO 25600.

Other features carried over from the Z6 include the same hybrid autofocusing system, which provides 209 on-sensor AF points that cover about 90% of the frame for edge-to-edge sharpness. Sensitivity down to -4EV is available for low-light shooting, and Eye-Detection AF is included for capturing pin-sharp portraits.

There’s a 0.39-inch, 2360k-dot electronic viewfinder that’s smaller and lower quality than the one on the Z6/Z7, but it’s still very useful. A 3.2-inch tilting LCD differs from that seen on the Z6/Z7 in that it tilts all the way forward from the bottom of the camera. This makes it perfect for selfies but less so for vlogging when mounted on a tripod.

Other useful features include built-in Wi-Fi and Bluetooth, which can be used with Nikon’s Snapbridge software (free for Android and iOS), a micro USB connector for charging on the move (it’s a shame there’s no USB-C), and a microphone socket.

In terms of memory cards, we don’t have the contentious XQD cards featured in the Z6/Z7 models. The Z50 allows SD cards, which is fantastic news for enthusiasts (just a single slot). These are far less expensive to purchase, and you may already have a stack of them ready to go.

We knew the Z50 would be a good performer because it employs the same autofocusing mechanism as the Z6. With 90 percent coverage across the frame, you can position your subject virtually anywhere and be confident that it will be in great focus.

Most of the time, the camera is capable of rapidly and easily locking onto the subject, with very little hunting. When using Auto-area AF, the wrong subject may be selected on occasion, but switching to single-point AF allows you to regain control. In very low light settings, there may be some back and forth, but thankfully, the camera rarely displays a false confirmation of focus.

The Z50 isn’t the world’s best performer when it comes to moving objects, but it should be more than plenty for catching family, pets, and other somewhat moderate action. The Z50 only has a slower UHS-I card slot, which is a little disappointing, but unless you’re attempting to keep up with high-intensity sports, you won’t be too upset.

Eye AF, which clamps onto a person’s eye and follows it around with ease, is a more impressive performer. This isn’t a camera for portrait professionals, but it’s a nice feature for anyone looking to shoot high-quality family photos.

The battery life is modest, with an official rating of 300 shots. In actuality, you’ll almost certainly get more out of it, especially if you’re good about putting the camera off between shooting sessions. If you want to shoot a lot of 4K in a short period of time, it’s worth carrying a portable battery charger or perhaps a second battery.

When it comes to image quality, the DX-format lenses aren’t as sharp as the full-frame alternatives, but that’s only likely to be a concern if you’re printing bus-sized prints.

Aside from that, the Z50 delivers an amazing performance. Despite the smaller sensor size, detail is still extremely nicely portrayed, and the all-purpose metering system gets the exposure right most of the time. When confronted with artificial illumination, automatic white balance errs slightly toward warm tones, but otherwise, it is fairly accurate. Overall, the colors are fairly saturated, conveying a strong sense of warmth without being overly bright.

It’s preferable if you can keep the ISO setting at ISO 6400 or below when photographing in low light. Above this, some perceptible noise creeps in, which you’re likely to detect in A4 or larger prints. It’s less of an issue for web sharing and modest printing.

There isn’t anything to dislike about Nikon’s latest mirrorless camera. It retains many of the good features of its previously well-proven Z6 and Z7 predecessors while being cheaper and travel-friendly.

Bringing out a device like this was the next natural step for Nikon, and it demonstrates that the business is very much moving in the path of full-on mirrorless support. It could even indicate a further decrease of the DSLR line-up, at least in the mid-range or mass-market line-up. It will be interesting to see whether Nikon releases any new APS-C DSLRs in the next year or two.

Having said that, the APS-C mirrorless market is highly crowded, and Nikon faces a lot of competition. The clear frontrunner for your affections is the Fujifilm X-T30, which has stunning looks and a far more diverse collection of existing lenses to pick from. There are also good options from Sony and Canon.

Still, if you’re a Nikon user looking for your first mirrorless to move to – or just someone looking for their first camera after primarily shooting with a phone – this is a terrific option that is well worth your attention, especially at the low price.