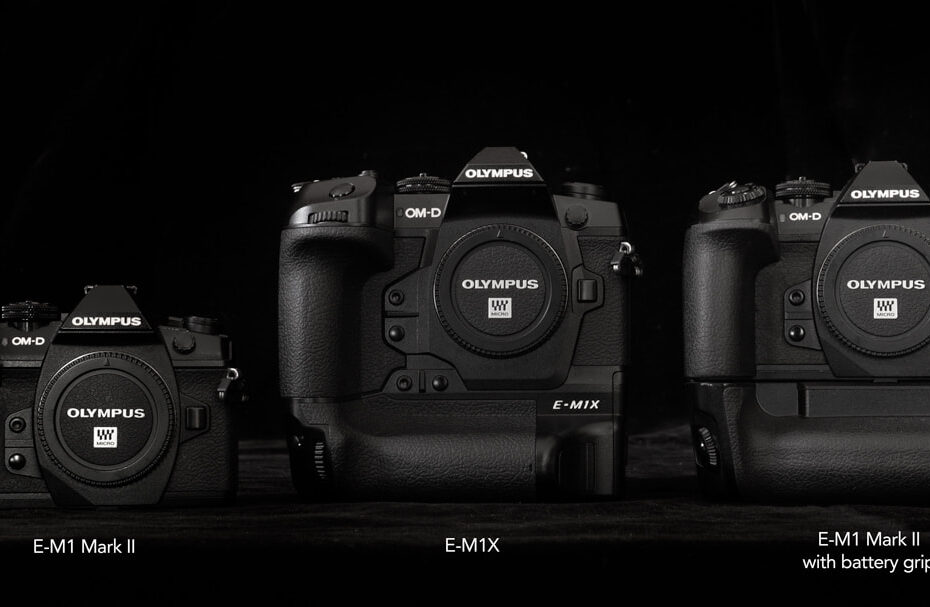 It is the first model to be produced under the OM System label, after the sale of Olympus’ camera division to OM Digital Solutions GmbH in 2020.

Now that we know everything there is to know about the new OM-1 camera, it’s evident that it shares several fundamental characteristics and features with the older E-M1 III and E-M1X, so which one should you choose?

This detailed OM-System OM-1 vs Olympus E-M1 III vs Olympus E-M1X head-to-head comparison will help you decide between these three mirrorless cameras.

Because all three cameras use a 20-megapixel Micro Four Thirds CMOS sensor, the new OM-1 does not provide any resolution enhancement, which may disappoint some.

The OM-1 does provide an increase in speed (more on this later) because of its new stacked sensor, as well as a stated boost in image quality due to the sensor being BackSide Illuminated (BSI).

This is the first Micro Four Thirds camera to have a Stacked BSI sensor, a design used by numerous full-frame cameras, including the Canon EOS R3, Nikon Z9, and Sony Alpha A1.

Both the EM1X and EM1 III could shoot at an astounding 18fps with continuous AF/AE or 50fps without.

The OM-1 takes things to the next level by providing 50fps burst shooting with continuous AF/AE or 120fps without, making it one of, if not the, quickest cameras on the market.

It should be noted that those amazing speeds are only possible when the electronic shutter is used. If you wish to take advantage of the mechanical shutter. Like the E-M1X and E-M1 III, you’re limited to a still extremely fast 18fps.

The new OM-1 has a native ISO range of 200 to 102,400, which can be enlarged down to ISO 80, giving it a somewhat higher base sensitivity than previous versions but much more at the high end.

When it comes to video specifications and performance, the OM-1 offers a significant step forward for Olympus cameras, which have hitherto lagged behind the competition.

This new flagship camera can now capture video at C4K/60p resolution, up from C4K/24p on the two previous versions, and Full HD can now record at 240fps (up from 120fps).

The new OM-1 contains the most powerful autofocusing system that the business has ever built, with a staggering 1053 cross-type AF points spanning 100 percent of the frame and capable of functioning in low light down to -8EV at F1.2.

In comparison, the two older cameras employ a 121-point cross-type system that only covers 70% of the picture, but still works down to a respectable -6EV.

But that’s not the end of the auto-focusing tale; in both C-AF and S-AF modes, the O-M1 can distinguish automobiles, motorbikes, aircraft, helicopters, trains, and birds, as well as animals (dogs and cats). The new technology is said to be two times more precise and three times quicker than the one on the E-M1 III.

Olympus cameras have always been recognized for their excellent levels of weather resistance, and the new OM-System OM-1 pushes things even further.

The E-M1X and E-M1 III are both IPX1 rated, which means they can withstand water that drips vertically onto the device, but the OM-1 ups the ante to the more severe IP53 classification, which indicates it can withstand water spray when tilted up to a 60-degree angle.

Olympus cameras have always had a fantastic stabilization system, and the new O-M1 is no exception.

Just like the previous two models. It has a 5-axis in-body image stabilization (IBIS) system that can deliver up to 8-stops of IS when used with certain compatible lenses.

The new OM1 features the same IBIS system, with its 5-axis In-Body Image Stabilizer combined with the optical Image Stabilizer in selected lenses to provide the industry-leading performance of up to 8 stops.

The new OM-1 retains the 1.65x magnification of the E-M1X while increasing the resolution to an astounding 5.760K dots. It also employs OLED technology rather than LCD.

All three cameras include 270-degree vari-angle touch displays, which enable more shooting angle versatility than a fixed screen due to their ability to tilt and swivel into a variety of various configurations.

The main difference is that the previous E-M1X and E-M1 III both feature 1.040K dot LCD panels, whilst the new O-M1 has a somewhat superior 1.620K dot screen.

All three cameras have twin SD card slots, although while the E-M1X and OM-1’s slots are both UHS-II capable, the E-M1 III only has one high-speed slot.

The E-M1X has a CIPA-rated battery life of 870 shots or 170 minutes of video per charge, but it also houses two BLX-1 batteries in its considerably bigger chassis.

It may not provide any extra resolution, with the new Olympus camera owner still keeping to 20 megapixels, but what the new OM-1 does offer in abundance is speed – it can shoot more frames per second, recognize and focus on more subjects more rapidly, and process photographs quicker than ever before. The video specifications and performance have been improved, and the class-leading picture stabilization and weather-proofing are still there and correct.

Does this all add up to the WOW camera that Olympus enthusiasts had hoped for? What are your thoughts? Based on what we know thus far, would you prefer the new OM-1 over earlier, less expensive versions, and why? Please leave a remark!