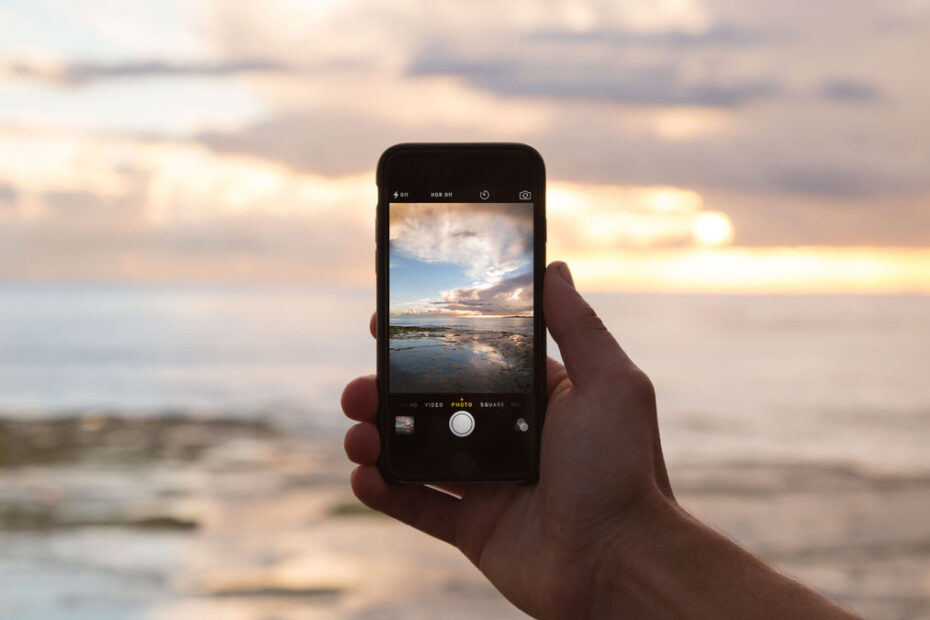 It may appear simple, but photography may be difficult. Many photographers make the procedure appear to be effortless. It is now simpler than ever to capture stunning photographs, thanks to advances in technology. There is, however, an aspect of skill to consider. You won’t have top-tier images unless you put in some effort.

You could catch a few nice ones by accident, but replicating the magic without knowing how you accomplished it in the first place would be tough, if not impossible. Accidental greatness is a phenomenon that is surprisingly common on social media. However, social media “stars” gain photographic skills.

Sometimes there’s only so much you can do with the photos you capture, and you have to meticulously edit them with software to get the desired effects. Other times, how you snap the images has a significant role in the final output.

Best practices should be considered in any case. In this section, we’ll look at a few strategies for taking and editing good images for social media.

You won’t be able to improve your photographic skills without putting in some work. The same holds true for editing. You must take several images and experiment with applications that are either free or of high quality, such as Photoshop. There are “free” picture editing tools that can compete with Photoshop, but they are often problematic.

You’ll improve your skills as you snap images and edit them using any apps you can discover. You’ll understand which photographs will look bad no matter what you do to them, and which editing applications are effectively simply glorified filter caches.

Many social media platforms already feature free picture filters, so when it comes to editing, be sure that if you’re not utilizing what’s readily available through social media, that alternative is a better option overall.

2. Experiment with Lighting for the Best Results

Varied lighting will have a different influence on how the images turn out. The most beautiful woman in the world, for example, may appear weird and bizarre if the illumination comes from beneath her. This is a frequent technique used by horror filmmakers to instill subliminal fear in the audience. Ugly animals are illuminated from below.

Most settings benefit from overhead lighting, but occasionally you want to seem a little frightening, especially during the month of October, which is dedicated to Halloween. You might also experiment with silhouettes. You can obtain a very intriguing silhouette photo if you have the camera behind you and the lights in front of you.

So consider carefully the type of lighting you’re going to employ in your images. If at all feasible, you should have an innate understanding.

3. Make use of the filters provided by some social media platforms.

This was mentioned before. Filters allow you to easily edit images. One of the primary benefits of filters is that they provide the impact of in-depth editing with no effort. Instead of going through each phase of the “digital cosmetics” application procedure, templates may be utilized to apply all of those processes at the same time.

Shot editing that is unique to a certain photo, on the other hand, might create significant outcomes. As a result, you must strike a balance between using ready-made templates and editing from scratch.

4. Take a plethora of selfies.

When it comes to selfies, there are several recommended practices. Consider the first piece of writing advice: practice, practice, practice. You’re most likely using a gadget to capture photographs, such as a smartphone. You’re not using a camera that requires physical film, whether disposable or otherwise.

Digital photography provides nearly limitless opportunities for photo capture. As a result, while taking selfies, snap a hundred and choose the five you like most. Take them in decent lighting, in a backlit motif for silhouette purposes, or in any other way that suits you. When you do this, you will naturally learn which angles are appropriate for your own face.

Exploring how traditional photography works is another useful but possibly pricey option. When you’re dealing with an actual film that needs to be developed in a “lab,” you’ll see how light interacts with items physically.

Most individuals will not have access to a “darkroom” or the chemicals that go with it, but your town should have at least one “photo lab.” If it does not, you can utilize search engines to find out what compounds are required for the development. In a closet, you may create your own “lab.”

There are also digital cameras that employ lenses, exposure capture, aperture, and depth-of-field settings that aren’t available on smartphones. The argument is that it pays to employ a variety of mediums to capture photographs for the greatest outcomes in photography.

6. For Best Results, Use a Variety of Editing Software.

This was also mentioned briefly earlier: you don’t want to utilize social media editing tools or classic solutions like Photoshop. You should certainly use any choice. However, it is good to investigate a number of various picture editing apps. New possibilities become accessible as technology advances.

You could want to use one software to add a filter, another to layer that photo among other photos, and yet another to animate the outcome. Also, if you don’t have the funds to purchase software, particularly for this purpose, it may be advantageous to download various picture editing tools and utilize them in tandem.

7. Constantly try new things and be open to happy accidents

Some of the most essential photographic discoveries will include doing something you’ve never done before. Accidental breakthroughs are widespread in technology, science, and even art. Did you realize that some films include legendary unplanned moments? One of the most famous comes from the film Indiana Jones and the Raiders of the Lost Ark.

Basically, Harrison Ford, the film’s primary actor, had dysentery, as did the majority of the production crew at the time, making it nearly difficult for him to shoot a scene with complicated “fight” choreography.

So, when the Egyptian bad guy began swinging his sword frantically for an elaborately choreographed sequence, Director Steven Spielberg favored Ford’s suggestion that they just “shoot the sucker,” and this got it into the finished picture instead of the elaborate fight scene.

That was improvised in the heat of the moment. So, when you’re out there snapping photographs, it’s a good idea to do the same. Experiment with varied lighting, different types of exposure, and different editing techniques. Experiment. Constantly experiment with different approaches, and don’t be scared of happy accidents—they can sometimes be better than what you wanted.

You’ll be able to choose the appropriate photographs to match your vision and increase the exposure of your social media profile once you have more solid photos to choose from and editing tools that can meet any demand you may have.