TheSony FDRAX33is Sony’s second 4K camcorder and is fittingly the second device in Sony’s premium AX series. This means that it doesn’t have a built-in projector like the PJ series. Interestingly, it is priced below the now discounted HDR-CX900 which doesn’t have the 4K chops but has a larger sensor. Like most other high-end camcorders, the Sony FDRAX33 has a small 10x optical zoom with 20x Clear Image Zoom. The Sony FDRAX33 also has 32 GB of flash storage with an SD card reader that supports SDXC cards and the new UHS-I U3 format. UHS-I U3 is essential for 100 Mbps 4K recording.

Continuing the trend of Sony consumer products, the FDRAX33 has both Wi-Fi and NFC technology making it easy to pair an NFC smartphone like a Sony Xperia with the camcorder. This enables easy one-touch sharing and remote control functions through the PlayMemories Mobile app for Android and iOS. This is the same mobile app used by Sony’s cameras and action cameras. Owning several of these Sony camera products can come in handy thanks to this new feature added in a recent PlayMemories Mobile update. This feature is called Multi-camera Control and it allows you to link up to five compatible cameras. The idea is to film activity in different angles while able to control the recording state of all cameras simultaneously.

It is also possible to broadcast a recording session in real-time to the Ustream service. It comes complete with social networking support so you can easily notify others when you start streaming video. While it is a nice feature to have, it isn’t entirely new smartphones have the added benefit of supporting trendier services like Periscope and Meerkat.

Because the Sony FDRAX33 is smaller and lighter than the FDRAX100, the AX33 is simply a better day-to-day camcorder for the average user. At 4K resolution, video quality certainly doesn’t disappoint and it is all thanks to the new BOSS system. Just about all high-end camcorders boast some form of optical stabilization tech but the BOSS is on another level. A little bit of shaking here and there didn’t affect the video one bit. Smartphones that can record 4K video don’t even come close to the quality you get with the Sony FDRAX33. The manual control ring should also delight enthusiasts that need more control.

The Sony FDRAX33 is a fine addition to your 4K entertainment system and collection of other Sony Camcorders and it isn’t going to put a massive hole in your wallet. The new BOSS system is the surprise star of the show though and it should put pressure on the 4K completion.

We collect information from many stores for best price available 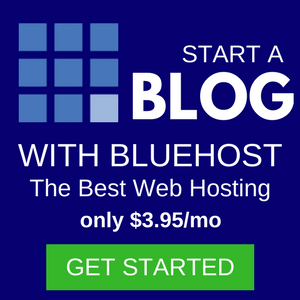