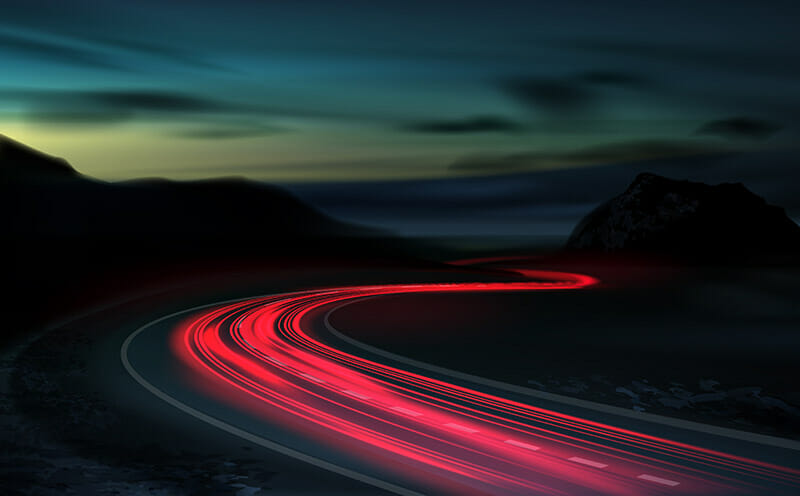 Shutter speed is responsible for adjusting the brightness of your photograph as well as providing various dramatic effects such as blurring motion or stopping action. Shutter speed refers to the speed at which your camera’s shutter opens and closes. Consider it as a curtain that stays closed over your camera’s sensor until you take a photo.

When you take a picture, the curtain opens, exposing the sensor to the light coming through the camera lens. Once the sensor has collected enough light, the shutter will close quickly. This is how photographing works. It’s also why you leave the shutter open longer at night and close it faster when it’s bright outside.

It’s also worth noting that the button you press to capture the image is also known as the shutter button. This is due to the fact that it activates the shutter and tells it when to open and close.

What is the definition of Shutter Speed?

What exactly is Slow Shutter Speed?

You may be wondering why you should bother changing the shutter speed at all. You may practice many various sorts of photography by adjusting your shutter speed. For example, if your shutter speed is exceptionally slow, you will expose your sensor for an extended length of time while taking an image, resulting in a motion blur effect.

Because your sensor is exposed to light for such a lengthy period of time, anything that moves while your camera is taking the picture becomes fuzzy in the final image. Blurring will always occur in the direction of motion. Slow shutter speed is a great approach for capturing moving objects such as moving water or moving clouds.

When photographing the night sky or the Milky Way, you can also utilize a slow shutter speed. This is frequently done with a tripod to eliminate any potential camera shake. Slower shutter speeds can capture more light over a longer period of time, making space images appear significantly more colorful.

What exactly is Fast Shutter Speed?

Changing the shutter speed from slow to fast makes a significant variation in the appearance of your images. A faster shutter speed freezes motion rather than blurs it. The shutter speed is so fast that it effectively stops time. You can create a gorgeous still image by freezing a hummingbird, a sports car, or anything else that is moving quickly.

You can capture every droplet of water in mid-air with faster shutter speeds. You can also see small things that you wouldn’t normally notice with your naked eye.

How do I measure Shutter Speed?

Your camera’s shutter opens and shuts so quickly that the real speed is measured in fractions of a second. The shutter speed on most standard DSLR cameras is 1/4000th of a second. Other, more expensive DSLR models may shoot at speeds of up to 1/8000th of a second, which is simply ridiculous. These fractions are so fast that your eyes would never be able to catch anything moving at that speed.

The shutter speed of your camera affects the exposure of your photograph, which effectively implies the brightness of your image. Because shutter speed controls how much light is gathered by your camera sensor, the outcome can be very dark or very dazzling.

When you utilize a fast shutter speed, for example, your camera sensor only receives a tiny pinch of light, resulting in a darker shot.

But here’s where things become complicated. Other factors can influence the brightness of a finished image. You must also consider the aperture, ISO, and physical brightness of the scene you are capturing. This means that in order to perfect exposure and brightness, you must play with all three parameters.

It also implies that adjusting the settings based on the natural light of the day is crucial. Clouds, sunlight, shadows, and any other environmental conditions all play a significant effect in determining how long to leave your shutter open. Once you’ve mastered this, you’ll be able to swiftly modify your shutter speed based on the amount of light available.

When should I use a Tripod?

Unless you start experimenting with extended shutter speeds, you should never need to use a tripod. Shutter speeds will often range from 1/1000th to 1/100th of a second. When you have your camera in your hands, these are all quite straightforward speeds to deal with.

The problem occurs at around a 12th of a second. If you need to keep your shutter open for more than half a second to one second, it’s best to use a tripod. Because your sensor is open for such an extended period of time, any minor movement on your part can result in a fuzzy shot.

When taking long exposure shots that last more than one second, you must have your camera tethered to a solid tripod and secured in a location where there will be no interruptions from outside influences, such as passing cars or moving people.

How do I find My Shutter Speed Settings?

Now that we understand what shutter speed is, we can move on to learning how to set different speeds. It’s actually very simple to find your current shutter speed on your camera if you don’t know-how. The shutter speed is usually situated in the upper left corner of most cameras with a top display.

The trick here is that the shutter speed is not shown in fractions of a second. Instead, you’ll see something like ‘500’ on your display. This translates to 1/500th of a second. If the number is 8000, it denotes one-hundredth of a second. The greater the value of the second number, the faster your shutter speed. When you exceed one second, the number will be denoted as follows: 1”. Instead of fractions, the quotation signifies seconds.

How do I change the Shutter Speed?

By default, almost every camera’s shutter speed is set automatically. This implies that if you have your camera set to automatic mode, the shutter speed will be detected by the camera without the need for you to adjust it. The same is true for the aperture and ISO.

If you want to modify your shutter speed manually, which is highly advised for more serious photography, you must use shutter priority mode. You can set the shutter speed in this mode. The camera will choose your aperture for you.

Then there’s full manual mode, where you may adjust the shutter speed and aperture speed to your desire. When shooting in either shutter priority or manual mode, you can opt to select your ISO manually or have your camera do it for you.

To be honest, most circumstances in ordinary photography do not necessitate the selection of a shutter speed. Modern cameras are quite intelligent and can perform this task on their own. The only reason to manually adjust the shutter speed is if you want to experiment with your camera and capture unique images, or if you want to get the motion blur or frozen appearance by utilizing either extra-fast or extra-slow shutter rates.

Today, we addressed the issue, “What is shutter speed?” We know that shutter speed is the amount of time that your camera’s shutter remains open. The longer your shutter is open, the lighter your sensor collects. Understanding shutter speed and the effects it has on your photographs is essential if you want to become a professional photographer.

Experiment with varying shutter speeds and targets both during the day and at night to learn the art of the shutter. Try freezing a flying bird or insect and then bringing the Milky Fashion to life at night in a magnificent way with a tripod and an extra-long shutter speed!