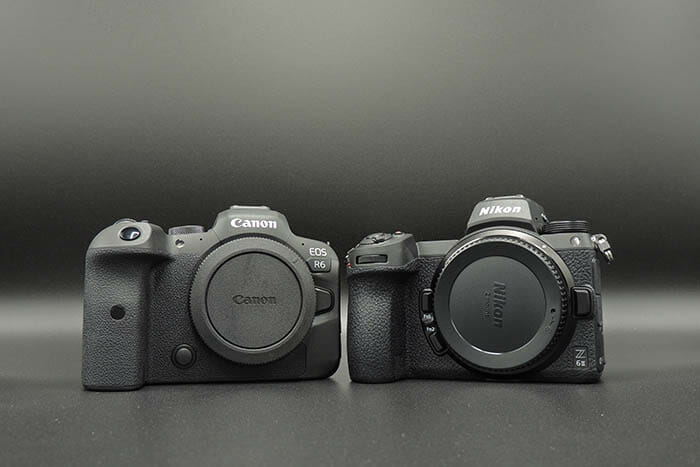 Which is Better for Entry-Level? Nikon or Canon?

People who have never purchased a DSLR before typically conduct a significant amount of research before making their first camera purchase, and the majority of the time, they are torn between purchasing a camera made by either Canon or Nikon. However, which option do you go with? Look first for entry-level DSLR cameras, as these are the best option for first-time buyers. These cameras take high-quality pictures, have straightforward controls that won’t confuse you, have more compact bodies, and lower prices, and as their name suggests, they are designed specifically for first-time buyers—they are entry-level cameras.

Because the majority of photographers will stick with the same brand that they began their journey with, both Canon and Nikon devote a significant amount of time and resources to the production of entry-level cameras that are specifically designed for novice photographers. Both firms provide a wide variety of beginning cameras with good performance that are priced reasonably and are normally extremely competitive in this market sector.

For instance, if you do a fast search for the best entry-level DSLRs, you will come across both makers 99.9 percent of the time. Even if you follow camera reviewers, they will put them on their lists or on their top three cameras for beginners. This is a really excellent indicator, which means that you simply cannot make a mistake with any of them. In the end, everything will come down to your own preferences as well as how much you are ready to learn about your just discovered pastime. Let’s have a peek.

This is one of the most important considerations to make while choosing between the two options. Both companies continue to utilize the same mounts on their most recent camera models, as they have done for some years. Due to the fact that Canon has been using the same lens mount since 1987, the EOS line of cameras from the company is compatible with a greater variety of lenses. Since 1959, Nikon has utilized the same F lens mount. However, because not all of the lenses come with autofocus, the total number of lenses available has been drastically reduced.

Because both of these cameras produce such high-quality photographs, you won’t be able to tell which one is better simply by looking at the pictures that were taken with the more basic model of each camera. You will see photographs taken with both cameras by experienced photographers, and while each one has some advantages, neither of the cameras is definitively superior to the other. However, before purchasing a camera, it is important to consider a number of important aspects, such as the focusing system, the number of megapixels, the size of the sensor, the noise levels, and many more.

This is the tricky part, even more, tricky than the part about the image quality, due to the fact that all entry-level DSLRs are extremely light, compact, come with good handgrips, and have a simple level of controls. Despite these characteristics, however, there is still a way to get high-quality images with these cameras. Despite this, Nikon and Canon each have a variety of controls that are exclusive to their own ecosystems. At this point, you will need to choose the one that seems more natural to you. The controls and dials on Nikon’s entry-level cameras are easier to understand and use. On the other hand, Canon’s EOS series DSLRs have controls that are a little more complicated. However, this will work to your advantage in the long run because all EOS series cameras have approximately the same configuration of controls and dials, which means you won’t have to go through another significant learning curve when you upgrade.

So which option should you go with? There is no one right answer to this question because it is contingent on a number of factors. First things first, figure out how much money you are prepared to spend on your first camera, whether it be a Nikon or a Canon, and be as honest with yourself as possible regarding your budget for the camera. In general, Nikon’s entry-level cameras are the more affordable option. After you have whittled down your options, select four to six models in total and conduct research on each of them. This research should include reading reviews, watching comparison films on YouTube, comparing photos, and so on. If there is a real shop in the area, you should go in and try out the different cameras to see which one fits your hands the best. If you are permitted to, you should also feel the different cameras. As I mentioned before, it will all come down to personal preference, and you should choose the one that seems the most natural to you. Both the Canon SL1 and the Nikon D3300 are considered to be among the most popular cameras produced by their respective companies.