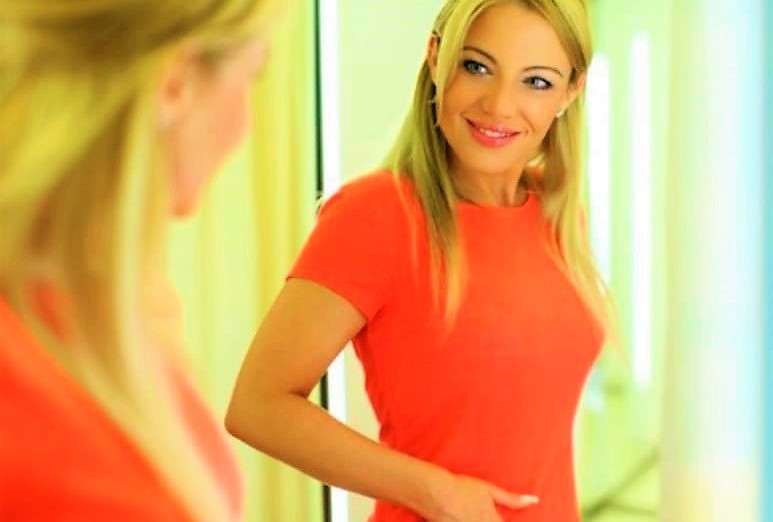 Why do Pictures make me look fat?

Simply because you are too lazy to go to the gym or work out at home, that’s why. That would be my first and most true response, but only if I weren’t a photographer and I had no idea what anything having to do with photography entails. In that case, that would be my answer.

Have you ever found yourself wondering, “How is it possible that I seem so wonderful and skinny in front of the mirror, but when I take a selfie, I look like I just ate a whole chicken?” when you take a picture of yourself with your smartphone? Yes, right? To be honest, I believe that each one of us has posed that inquiry to ourselves at some point.

Many people and resources believe that it can be totally psychological. If you believe that a photo of you looks far worse than your reflection, despite the fact that everyone else thinks the contrary, this is completely a psychological phenomenon. Imagine that you are recording yourself speaking in this exercise. Very seldom, not to say never, do individuals like their own voice recordings, and that is because when you talk, you hear your voice internally, not outwardly, so when a recording changes the nature of how you hear your own voice, it sounds foreign and unfamiliar to you.

It may appear to be a puzzle, but there is, in fact, a rational explanation for it.

The information that I am going to share with you in this article is going to help you get some of the questions you have out of your head and finally give you the answers to some of them. Internal and external factors are going to be discussed in this section as potential contributors to an increased appearance of obesity in photographic images. So, please be patient with me!

You are not fat, you just look fat, but why?

When I talk about internal factors, I’m referring to those that are directly tied to the camera or to the pieces that make up the camera.

See also  How to Select the Best Landscape Lens for Nikon?

Lens distortions – Distortions caused by the lens are mostly responsible for the way your appearance is captured in images. More distortion is produced by wide-angle lenses, which gives the impression that you are heavier.

Because the quality of the photographs that can be taken with a camera is typically determined by the lens, factors related to lenses are quite significant.

If you take photos with a wide-angle lens, you should anticipate that they will make you look heavier than you actually are. When you look at images of yourself, the lighting and other camera effects, including the fish-eye effect, might make you appear to be overweight.

When taking images, using a wide-angle lens could make subjects appear to be more obese. In addition, certain camera effects, such as the fish-eye effect, or just poor lighting may be the reason why you appear to be overweight in photographs, even though this is not the case.

Shading – Shading has the capacity to give the image its round form and makes the image appear to be subsequently fatter than it actually is. This phenomenon takes place when the focal length of the camera lens is quite small, which is quite often the case. Because of this, you may rest assured that using a camera with a longer focal length will not cause you to gain weight or get larger.

Lenses with focal lengths between 85 and 135 millimeters are typically used by professionals in photography to minimize the appearance of shading and other types of distortion.

When it comes to the use of shading in photographs, the focal length is not the only factor that makes a difference. The thickness of the lens is another factor to consider. Shading effects can also be generated by a larger lens thickness, which also has the effect of expanding the objects in the picture, giving them the appearance of being fuller.

See also  What is Dynamic Range in Photography?

Fisheye Effect – As I alluded to earlier, the fisheye effect is one of the factors that may contribute to the fact that you appear to have more weight in photographs. Do not get me wrong; the fish-eye effect is ideal for photographing works of art and beautiful landscapes; nevertheless, if you use it to take images of people, you can end up with some undesired consequences.

The fish-eye effect can be translated as seeming bloated in the middle and stretched out on the outside, which, in a technical sense, is the same thing as what would make you look fatter in your pictures.

Barrel Distortion – Straight lines may appear curved, and the lens will slightly magnify the center of the photo more than the corners of the frame. Because of everything that has happened, you are going to look much more attractive in photographs and much larger than you actually are.

Lighting – Lighting is the most important aspect of a picture, and I have emphasized this point in almost all of the articles that I’ve written about photography. However… I’m sure you’re aware that there is always a but, especially in the world of photography.

However, lighting has the potential to be both your ally and your greatest adversary. In the event that you look heavier in a picture than you actually are, you should be aware that the lighting may have been the most significant challenge you had.

Because lighting has such a profound impact on how people appear in photographs, it is not a surprise that whenever you see famous people posing for photographs, there are also a lot of artificial light sources present in the surrounding area.

Natural light is always the greatest option; it will give you a natural look, removing shadows, drooping, and every other unattractive impact that can make you look larger and different than you are in real life. The best natural light comes from the sun or the moon. It is true that exposure to natural light may, in a sense, serve as a reality check by highlighting your shortcomings; however, don’t we all have defects?!

Distance – Recall the topic that I addressed at the very beginning of this piece, which is the one that gets asked the most frequently in relation to mirrors. To tell you the truth, I haven’t brought it up out of thin air.

When you look at yourself in the mirror, your reflection appears to be at a relatively close distance. However, cameras typically take pictures of subjects from a farther distance, and this could be the reason why you look heavier in pictures than you do when you look at your reflection in the mirror. Even the most experienced photographers report that getting closer to their subjects results in shots that are more constricted.

On the other hand, shooting subjects from a great distance has a tendency to flatten them out and make them appear to have more weight.

It is my hope that after reading this article, you will feel a sense of relief, knowing for a fact that you aren’t as fat as you think you are, but that your camera is using a few tricks on you. However, it is important to keep in mind that you can also use a few tips to trick your camera, so keep that in mind at all times.

However, I have more exciting news to share. This is not the only post that I have written that could provide you with some solace over your current weight. I also wrote the essay “Do Cameras Really Add 10 Pounds?,” which can be found here. You should absolutely give that a look since it will shed light on a few previously unknown facts and provide solutions to a few further mysteries.