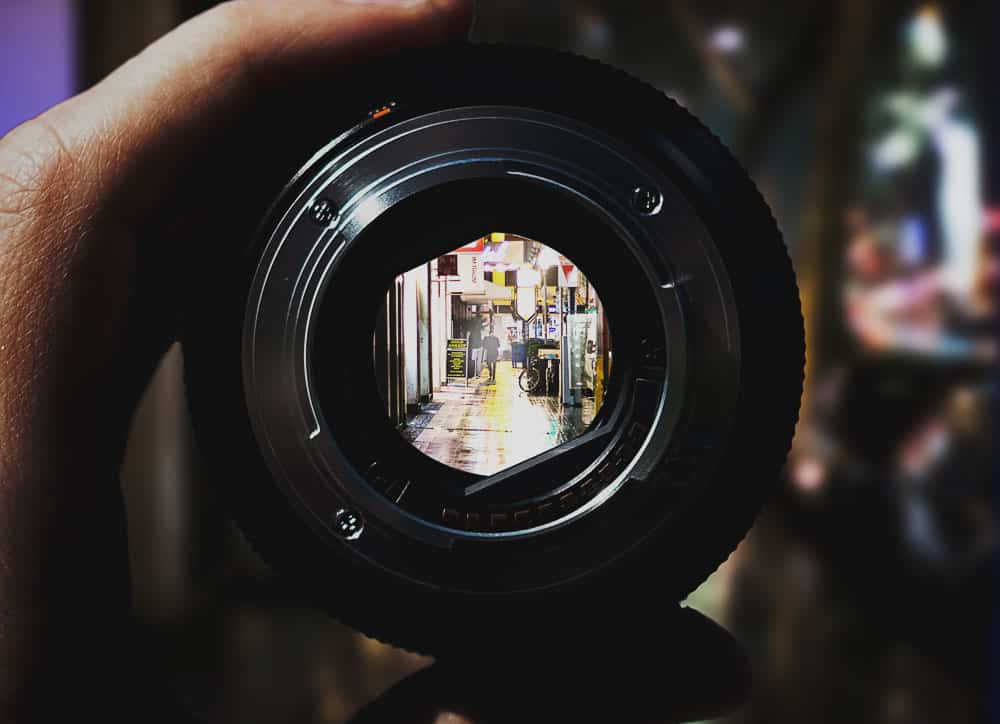 In photography, aperture refers to the opening in your lens through which light enters the camera. Consider your lens’s aperture to be similar to the pupil in your eye. When you are in dim light, your pupils dilate to allow more light into your eyes, allowing you to see better. When you’re in an exceptionally bright environment, your pupils contract to become pinpoints, allowing less light in.

The aperture of a camera lens operates in the same manner. What exactly does aperture mean? It refers to your lens’s physical aperture (fancy name for opening). You may change the aperture of your lens to let more or less light into your camera.

But what is the purpose of aperture, and what effect may it have on your photographs? The aperture controls the depth of field in your images. It can produce blurry backgrounds, it can produce a shallow focus look, and it is closely related to the exposure of your images.

How does the aperture work in a Camera Lens?

A diaphragm is the opening in your camera through which light enters the sensor. It is regulated by 9 separate blades. This diaphragm functions similarly to your camera’s eyelid. The tighter the diaphragm, the narrower the opening and the less light that enters your camera. The largest quantity of light is allowed in when the blades open to their widest point.

What effect does aperture have on Depth of Field?

The depth of field can be difficult to grasp at times. It essentially describes the sharpness of your image from front to rear. Some photographs, for example, will have a short depth of field in which the background is completely blurred. The subject will be sharp in these images, while the surrounding will be hazy.

If a photograph has a shallow depth of field, it signifies that both the backdrop and the subject are sharp.

Depending on how large or tiny the aperture is, it might impact the depth of field. A big aperture will be used to create a shallow effect since it will better divide the subject from the background. This is the only way to achieve a pleasing background blur in images such as portraiture.

A small aperture, on the other hand, creates very little background blur. Those of you interested in landscape photography or photographing buildings will most likely prefer to utilise a lower aperture. This will ensure that the full scene is visible.

How does aperture affect Exposure?

Changing the exposure is one of the most powerful effects that aperture can have on your images. The term “exposure” refers to how bright your image is. Because the amount of light hitting your camera sensor changes when the aperture changes, the brightness of your images can shift as well.

There is a method of obtaining the ideal aperture for proper exposure. When the aperture is wide open, sunlight produces a very bright shot. This is obviously undesirable under bright sunlight. If you photograph with a big aperture on a sunny day, your images will be overexposed. Overexposure will cause your photos to appear bleached, hazy, and generally unappealing.

The same can be stated for employing a narrow aperture in low-light conditions. It will cause your photos to be overly dark or underexposed.

The idea is to understand what kind of light you’re shooting in, adjust the aperture accordingly, and take few test images to ensure proper exposure. As you might expect, the optimum time to utilize a large aperture is in low-light situations, whereas the best time to use a small aperture is during the day.

How to choose the correct Aperture?

How do you select the proper aperture? To further comprehend this and give you an idea of how to correctly configure your camera for any circumstance, let’s look at how apertures are measured.

What is the F-stop setting? The F-stop number indicates the actual size of the aperture being used. F-stop values on a standard camera range from f/2.8 to f/16. But don’t be fooled by the figures. f/2.8 is a bigger aperture than f/16.

The numbers appear to be so perplexing because F-stop measures are infractions. So, f/16 actually implies 1/16”, which is plainly smaller than f/4, which is 14”.

The F-stop number can be located on your viewfinder, usually in the upper right corner of the screen. There will be a huge F and a number beside it that indicates your current aperture.

And now that you know how to find out what aperture you’re using, here are a few quick tips for getting your camera’s settings right before you shoot.

To begin with, a bigger aperture is required in a dark environment. In a really dark environment, we recommend starting with the largest aperture, which is f/2.8. If your images are too dark, experiment with altering the shutter speed to compensate.

If you want to take a stunning shallow focused portrait, make sure you utilise a big aperture, such as f/2.8. Reduce the aperture to something tiny, such as f/8, f/11, or f/16, for landscape or macro photography.

What does aperture do at different F-Stops?

Different F-stops are more suited to different situations. While most cameras have an F-stop range of f/2.8 to f/16, certain professional cameras have a range of f/0.95 to f/22. Here’s a quick rundown of what you can accomplish with the various apertures.

F/0.95 – F/2.0: Only the best prime lenses have these extraordinarily big apertures. You won’t be able to attain this kind of aperture flexibility with a typical digital camera; instead, you’ll need to invest in a high-quality prime lens.

When you use such a big aperture, you will be allowing a vast amount of light into your camera sensor. Any F-stop between f/0.95 and f/2.0 should be saved for interior shooting in low-light situations. Things include wedding celebrations, photographing basements, and even attempting to capture the night sky.

Remember that at close distances, your depth of field will be extremely shallow, separating your subject from the background. At this aperture, you won’t be able to take wide-angle shots.

F/2.8 – F/4: Most cameras and lenses have a significant aperture range in this range. It is still called a wide aperture and is best for collecting large amounts of light. The sharpness at this aperture will be ideal for trip photography, animal photography, and everyday photography. Unless it’s exceptionally light outside, you’ll be shooting at an aperture of f/2.8 to f/4 most of the time.

F/5.6 – F/8: If you’re interested in landscape photography, you’ll want to use an aperture of between f/5.6 and f/8. It has just enough depth of field to capture larger areas clearly. Large groups of people, team shots, architecture, and other subjects that are not too far away can be captured best between these F-stops.

F/11 – F/16: This is the narrowest and smallest aperture accessible for most cameras. It is used for landscape and macro photography. It’s also utilized for anything that necessitates a maximum depth of field. The only problem is that once you cross f/8, you start losing sharpness. Sharpness isn’t as critical while photographing landscapes, but it can be an issue when photographing individuals as well.

F22: Anything above f/22 will result in a significant loss of sharpness. You’re unlikely to come across an aperture like this in all of your photographic sessions. This is an F-stop that is only used to achieve an extra-wide depth of field with all portions of the image in sharp focus. The only issue is that because the aperture is so small, even if all of the areas of the image are in focus, they are probably too fuzzy.

Aside from light and dark, aperture determines the depth of field, general sharpness of your images, the quality of the blurred background effect in portraiture, and much more.

The good news is that aperture is simple to recall. Knowing the fundamentals of how aperture works will enable you to create better, sharper images.